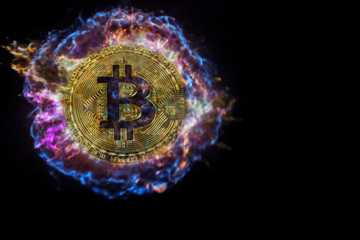 The latest transaction brings the total amount of BTC now locked in WBTC to 2,300. That amount dwarfs the roughly 927 BTC locked on the Lightning Network. The USD value of WBTC is $20.7 million, according to DeFi Pulse decentralized finance data aggregator. That value places WBTC on the 8th spot of the biggest decentralized finance (DeFi) protocol list.

WBTC is an ERC-20 token that enables users to access popular ETH-based DeFi protocols using the value that is represented entirely by their Bitcoin holdings. BitGo custodian holds the users’ Bitcoins with eight ‘initial merchants’ acting as middlemen between the users and the custodian. These merchants include Gopax, AirSwap, Dharma, Kyber, Prycto, DiversiFi, and Ren.

The Wrapped Bitcoin protocol is operated through a decentralized autonomous organization that has 16 projects, including Compound, the initial merchants, and MakerDAO. Bitcoin can be redeemed through the burning of WBTC tokens.

Recently, DeFi has grown massively in popularity; which has also resulted in the expansion of the number of active DeFi projects that provide Bitcoin tokenization on the Ethereum network.

PieDAO launched its first fund at the start of April dubbed PieDAO BTC++. This fund offers exposure to a highly diversified basket of synthetic BTC protocols; which enables users to gain access to DeFi using its token while simultaneously hedging against failure or the targeting of any particular synthetic BTC project.

PieDAO BTC++ is made up of 25% Synthetix BTC, 25% Wrapped BTC, 25% imBTC, and 25% Provable BTC. Last November, Tokenlon decentralized exchange launched the synthetic BTC protocol imBTC. Nonetheless, these tokens have recently attracted controversy after they were used in various attacks that targeted Uniswap and Dforce in April.