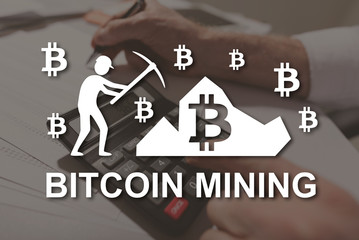 The largest and the leading crypto by market capitalization, Bitcoin (BTC), will undergo a pre-programmed block reward reduction in hours from the time of writing. Bitcoin halving occurs in roughly a time of 4yrs. Bitcoin block subsidy rewards are cut by 50% to prevent Bitcoin currency inflation.

Historical data shows that the past Bitcoin halvings have had a positive impact on the Bitcoin price. As experts and commentators opined this time around, history might be rewritten in a new way. Many analysts strongly think that any potential value surges may already have been price in.

Moreover, crypto experts say that this Bitcoin halving might have a major impact on most miners. It is highly likely that Bitcoin may surge to new all-time highs translating to huge profit streams for the investors. But, the reduction of reward ratio may affect mining activities in this space. Small-time players might have to either adjust their operations extensively or shut down eventually.

Just like the rest of the world has been deeply affected by the spread of the new coronavirus, the Bitcoin halving comes amid eruptions of the health crisis. The disease has broken down supply chains since most parts of Asia where mining equipment is manufactured are shut down.

Many miners have been greatly impacted by the rapid spread of the virus and they might not be ready enough to benefit from the halving event. The huge impact will expectedly hit hard the miners with a thin margin.

This Bitcoin halving will most likely have a positive effect on the BTC price. Nonetheless, due to the reduced rewards, this could lead to some severe changes in the crypto world, especially in the Bitcoin mining industry. It will be quite challenging for small miners to run profitable mining activities as explained by Steve Ehrich:

There is growing concern that even the small and medium mining operators could even become rarer. Chinese Bitcoin mining pool, Byte Pool, announced that it would close down by last week. Byte Pool explained that their decision to shut down was due to concern of upcoming Bitcoin halving.

As the world continues to battle Covid-19, the crypto mining industry will shrink more if BTC price does not rise. These are some of the factors that have forced miners in the Asian region to temporarily or permanently shut down their operations.

The Bitcoin halving event is a deflationary type of market action. As the health crisis continues to affect the global economy; Bitcoin is yet to commandingly take up the role of a haven asset. Many still wonder whether the crypto will eventually turn into a formidable alternative to gold; as market uncertainties continue to ravage the world. But for now, fingers crossed as we await for post halving outcomes.