Bitcoin Just Underwent Third Halving in Its History, What Next? 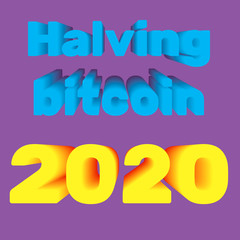 Bitcoin has just experienced a one-in-four-year event, the third halving event. That has now cut the miner block reward from 12.5 BTC to 6.25 BTC. This event was most-anticipated in the crypto space for the year 2020. Happening just once after four years, the latest reward halving might have pushed some miners out of the market.

The iconic event took place at 3:23 PM EST on May 11, according to data from Tradeblock.com. After it overcame the halving event, Bitcoin is trading around $8,500 with a market dominance of 67% at press time, according to Coin360.

Since the original Bitcoin block that was generated in 2009, there have been a total of three halving events. Happening after every 210,000 blocks are mined, or about once every four years, a Bitcoin halving cuts the miner block reward by 50%.

The first halving event happened in 2012 which cut the original block reward from 50BTC to 25BTC. The second halving happened in 2016, where the reward plunged from 25 to 12.5 BTC.

As Bitcoin’s supply is limited to 21 million coins, these halving events should continue to happen until the year 2140. That will happen until the 21-millionth BTC. By that time, the block reward should be around 1 satoshi which is the smallest unit of Bitcoin at 0.00000001 BTC.

At the time of writing, the number of Bitcoins in circulation amounts to 18.37 million according to Blockchain.com.

Just like the two previous Bitcoin halvings in the end positively affected Bitcoin’s price; the Bitcoin halvings have resulted in diverse price speculations and predictions. Although some players predicted that the third halving will not affect the Bitcoin price; other crypto players are convinced that the halving will affect the BTC price as a result of the cut in the new Bitcoin supply.

While the price of the cryptocurrency correlation seems to be questionable; the third Bitcoin halving has a majorly direct impact to the miners. Several experts predict that the new halving will imminently trigger miners to shut down generating new bitcoins as many mining devices will become outdated.

Many of the small unprofitable miners have now started shutting down their equipment according to mining pool Poolin Alejandro De La Torre. Some of the miners decided to throw in the towel long before the event approached. Bitcoin’s halving has now happened. Everyone now waits to see how it will affect the BTC price in the near term and long term.