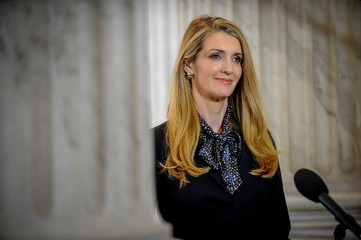 Official financial statement reviews from the New York Times show that the Intercontinental Exchange, or ICE, served U.S. Senator Kelly Loeffler $9 million in her departure from Bakkt. The Georgia Senator got the hefty sum as she left her Bakkt CEO post.

ICE gave Loeffler the money and ‘other rewards’ according to that report. She received $12.5 million in total in 2019 in rewards and bonuses, not including her base salary, according to the numbers. A spokesperson for Loeffler said:

“Kelly left millions in equity compensation behind to serve in public office to protect freedom, conservative values and economic opportunity for all Georgians. She brings unparalleled business experience to help solve our nation’s challenges at a time when we need to rebuild our economy and restore jobs. The obsession of the liberal media and career politicians with her success shows their bias against private sector opportunity in favour of the big government.”

In the latter part of 2019, Loeffler left her Bakkt CEO post turning to politics; and became a senator in Georgia. During her time in the crypto industry, she was ranked among the top influential individuals in the blockchain and crypto spaces.

Loeffler was heavily criticized amid the COVID-19 crisis as she allegedly sold her significant stock positions after a private government meeting in the early stages of the outbreak. Her husband also sits ICE’s CEO, which adds further questions to the situation.

Loeffler’s Bakkt Documents Have Come Up

After a multi-month extension, the former Bakkt CEO filed financial disclosures at the start of May. That brought more details to the surface. The latest documents indicated that millions of dollars held in the senator’s asset portfolio; and the $3.5 million she made while working with Bakkt.

The New York Times reported an extra $9 million held in multiple financial assets, which includes stock options. ICE expected that the senator would give up these assets when she departed from Bakkt according to her original agreement. Loeffler managed to retain the funds due to ICE’s changes to the contract.

Bakkt equity had about $7.8 of the $9 million as per the New York Times report. April also saw Mike Blandina, Bakkt CEO, abandon his position after several months of service.