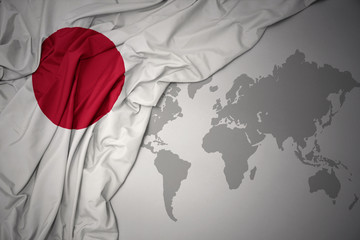 The coronavirus health crisis will undoubtedly leave a major impact on financial markets and economies around the world. It has not spared any country, not even Japan. But, just like all the other hard times, even this COVID-19 crisis will eventually end. Here are some of the key points for the Japanese economy and the market in general that will help in the recovery from the effects of this pandemic.

For the sake of the Japanese economy and the entire global economy; there needs to be a decrease in the number of new COVID-19 cases for things to improve. Determining the timing of the economic recovery is possible after the infection rate starts to decrease. That will pave the way for the Japanese equity market to begin normalizing.

The first step of an economic recovery will probably start with a gradual normalization of employment and personal consumption rate after the lifting of the state of emergency. The lifting of lockdown is expected to happen in a few days. In such a scenario, the economic recovery may start mostly in the July-September quarter and it is possible that it will extend into Q4 2020 or even Q1 2021.

Nevertheless, the economy might lack the necessary momentum to recover fully from the extensive ground lost in Q2 2020. Moreover, it might take more time for companies and businesses, even the survivors, to rehire employees. Consumers may also decide to save more rather than spend in the early phases of the recovery.

In such a scenario, the banking infrastructure remains quite stable and corporate bankruptcies result from a shortage of working capital. That would enable a relatively quick recovery in employment. Then, it may lead to a recovery in consumption and eventual decline in the rate of savings.

Nevertheless, the cumulative number of virus cases in the Asian country is still at low levels but may continue to rise like in most of the other industrialized nations. A sustained market recovery is, however expected to happen with the decrease in the spread of the virus. The market will then recover gradually in tandem with the continuous recovery by the economy.

This market might complete its recovery from the outbreak-induced drop towards the end of the current financial year in March 2021. Within  this scenario, the Nikkei Stock Average is expected to remain above the lows reached in March 2020.

The Nikkei may still plunge beneath those lows again if the government decided to extend the state of emergency beyond early May; and through Q2 and Q3 2020 but the probability of such a scenario is quite limited.

Fiscal policy may influence the market recovery. In that context, the Japanese government’s emergency fiscal spending that exceeds $1 trillion; and about 20% of the GDP is adequate to support the economy if it starts recovery in July-September. Nonetheless, it is quite important that the government implements this emergency package effectively.

The government has no choice and it cannot mail checks to its citizens like it is in the case of the United States. But, reaching out to the needy in the society in a timely manner will be crucial.

In the case of the monetary policy, BOJ (Bank of Japan) eased for a second consecutive month late in april. Nonetheless, it is not expected that the BOJ will make any abrupt change in its policy going ahead to fight deflationary pressures during this coronavirus crisis.

Currently, the BOJ’s primary task is to ensure that the financial system is stable and guarantee that through quantitative easing; banks do not pull back any funds from the system and cause liquidity in the system to dry up.

The central bank has managed to maintain the financial system in a stable manner using its efforts to ramp up easing measures in the case that the situation worsens.

Rapid Recovery in Personal Consumption is Important for Recovery

Japan seems not to enjoy a specific advantage over its regional peers like South Korea and Taiwan. That is the case in sectors like electronics. For any recovery in exports to take place, the country will have to wait for the US and Europe to start recovering. In matters of economic recovery, Japan may an advantage over Europe and the United States.

It is expected that normalization in Japanese domestic demand will recover quickly. That will only happen if the country continues to limit the number of infection and deaths cases. The recovery in the personal consumption can also be relatively quick if the government implements its emergency policies in a timely manner.

The many cash-rich Japanese corporations may come in handy in the short term to keep the financial system stable amid this health crisis.

Japan’s large emergency spending plans have made many people to worry about a possible fiscal crisis. These spending plans notably exceed those the government compiled during the global financial crisis. But, it is worth to say that the latest fiscal plans include steps that had already been set up to mitigate the effect on the economy from 2019’s VAT hike.

Provided that the government maintains the higher VAT, the size of the emergency package seems reasonable. Japan is therefore expected to retain its fiscal credibility in the long run despite the surge in short-term spending. Thus, there is a high likelihood that the country’s government bond yields will remain at a considerably low level.