CBDCs May Reshape The Future Of Financial World 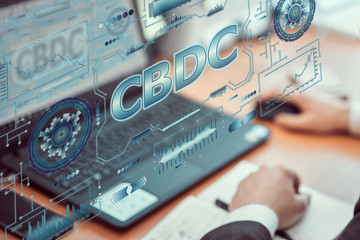 In the past ten years, cryptocurrencies and digital assets have continually changed the global economic space. Now, investors and commentators are convinced that stablecoins and central bank digital currencies (CBDCs) have the potential to replace or significantly improve bank accounts as they are currently.

CBDCs and their offshoots have quickly evolved into a major alternative to the normal bank accounts despite their nascency. By description, a CBDC is an electronic money that is issued by a central bank to be used by consumers and companies in conjunction with traditional money.

The new concept was popularized in one interesting paper that was published in 2016 by Warren Weber, a research consultant for the Bank of Canada. In that paper, it was highlighted that currency would be issued by a central bank and fully backed by Bitcoin and the idea was explored extensively. 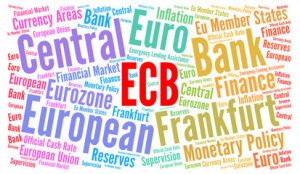 Central banks throughout the world have since started considering the concept via the creation of research and working groups. Also, the Bank for International Settlements, the International Monetary Fund, and the CBDC Group think tank has also adopted this idea.

Several CBDC offshoots have gained traction in recent years as a result of providing a gradual approach to the central banks that are interested in launching a CBDC in the end. The offshoots include stablecoins and synthetic CBDCs that are tokens denominated in national currencies. However, these currencies will be issued by a chosen private firm partnering with a regulated financial institution or central bank.

Stablecoins are the only of the three forms of central bank digital money that is currently active and in-market. Nevertheless, synthetic CBDC implementation proposals are, for now, being reviewed by central banks around the world. Stablecoins are stored and transferred using digital wallet applications.

Looking at the traditional setting, even the most basic banking features and functions of storing, sending, and receiving funds are available just to bank customers and are normally linked with long processing times and huge fees. Stablecoins come to address the challenges through their open access design.

Thus, stablecoins enable customers throughout the world to store, send, and receive fiat currencies at no extra cost; using only a smartphone and internet connection. A large number of new issuers have joined the stablecoin market in recent years. The total value issued United States dollar stablecoins reaching almost $2.7 billion by the start of 2019.

Even though the first major stablecoin issuer, Tether (USDT), has maintained its market lead by a huge gap over the years; the new issuers introduced an additional $700 million in capital inflows to the stablecoin arena in 2018. That accounted for $11.5 billion of the cumulative $1.1 trillion in yearly stablecoin trading volume in the same year.

The trading volume of stablecoins has increased rapidly over the last few years. Interestingly, the payment volume has also shown some considerable development. In 2018, over $109 billion in payments was sent through Tether as highlighted by Coin Metrics data.

Although these figures are pale relative to the many trillions in US dollars sent through bank transfers; they signal meaningful demand for this type of solution. Hence, it competes well with alternative money transfer options like Western Union that facilitates almost $200 billion in payments annually.

A particularly notable characteristic of the stablecoin market is its efficiency; relative to the traditional emerging economies operating with the parallel currency markets. The spread between market exchange rates and official exchange rates has seen double-digit percentage points in traditional emerging economies; yet it remains mostly reined in the entire stablecoin market.

This has eventually created some of the highest and most efficient parallel currency markets in history; mainly due to their digital nature. For the countries that are contained in inefficient parallel currency markets today; for instance, Venezuela, stablecoins provide a viable alternative to local payment systems and money. The systems are resilient to political and monetary policy mishaps.

When one is considering the possibility of a complete banking system shutdown, as it was the case in Cyprus in 2013. Bitcoin and stablecoins offer the only viable and working large-scale alternatives to traditional bank accounts.

Nevertheless, there is a significantly long road ahead for CBDCs, stablecoins, and synthetic CBDCs to reach the mass market. A lot must happen for the digital currencies to become serious competition for the traditional bank accounts away from the emerging markets.

That will only change when service providers providing a full suite of financial services come up to give the end-users these digital solutions resulting in mass adoptions. But, the proven demand for these solutions is undeniable in the emerging nations that are languishing in the inefficient parallel currency markets or payment systems. Digital currencies are also helping any market enforcing overly restrictive monetary policies.