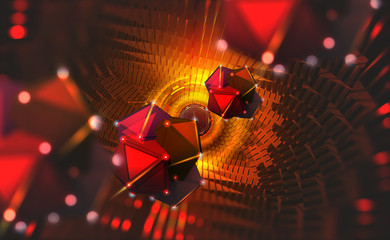 The International Chamber of Commerce (ICC) announced that it will curb its inefficiencies in the carbon market using blockchain. The ICC launched its new Carbon Council initiative that comes in time to celebrate Earth Day’s 50th anniversary. The implementation of blockchain will work on bringing higher liquidity to the carbon market via the use of the technology.

ICC is an institutional representative of over 45 million companies in 100 countries.  Due to their extensive reach, it could be a big win for both the blockchain industry and the carbon market.

Official reports reveal that the ICC is working relentlessly on Carbon Council alongside Perlin, a blockchain firm that creates a carbon-friendly digital business ecosystem, and AirCarbon Exchange which is a carbon asset digital exchange.

ICC said that the main goal of founding the Carbon Council is to work with public and private companies to create a better system that works for funding global climate action. Their intended use of blockchain is to sustain liquidity and introduce transparency, accessibility, and standardization in the carbon markets.

While responding to the dire need for businesses worldwide to join hands in solving the threats of global warming; the secretary-general of ICC, John W.H. Denton AO, stated:

“This milestone Earth Day is a reminder that we must not lose sight of the need for an inclusive, resilient, and sustainable future for people and our planet.”

ICC plans to attract increased investment into the carbon market through the Carbon Council; to ensure that carbon mitigation projects could work more efficiently. Dorjee Sun, the Perlin CEO, said that the initiative by Carbon Council:

“will complement the Carbon DAO for project funding we are launching; which will provide unprecedented access to best-in-class carbon projects worldwide.”

Since blockchain has a lot of potential in the energy industry, most of the international organizations and startups are now striving relentlessly to solve carbon emission problems using blockchain.

1PLANET was one of the first companies to unveil a decentralized app that enables users to instantly utilize ERC-20 tokens; to minimize or offset their carbon emissions. In October 2019, reporters highlighted the launch of AirCarbon’s global tokenized carbon credits trading platform; that enables firms to buy and sell tokens that represent carbon offset credits.