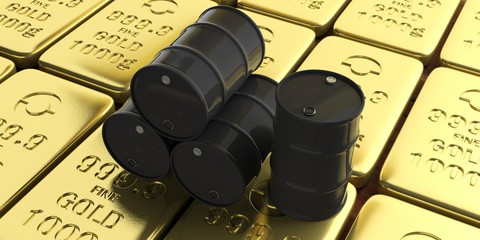 On April 22, gold was trading majorly in a tight range in most cases hovering around $1,685. Earlier in the day, the precious metal tried to rise but faced considerable rejection at the descending 5-day average at $1,693.

The United States oil prices that started the year around $61 dropped into the negative earlier in the week due to oversupply concerns. Notably, the rapid spread of the coronavirus pandemic has resulted in massive demand destruction. That has caused a fill-up of storage tanks within the US.

At the time of writing, the West Texas Intermediate is reporting an 80% year-to-date decline. At the same time, Brent is down more than 70%. The colossal crash in oil prices may likely compensate for inflationary policies that were adopted by the Federal Reserve and other big central banks. It might cause deflation or minimize the general price level in the global economy.

For many years, gold is considered as a haven asset and a hedge against inflation or the decrease in the purchasing strength of the fiat currency. Nonetheless, the buying power of the US dollar soars in deflation. Thus, some of the analysts and commentators now consider the looming deflation as a bearish development for gold.

Nonetheless, the downside for this precious metal could be limited. Gold is also a hedge against the economic crisis. Both the governments and central banks have already launched massive fiscal and monetary lifelines, respectively, and have almost no room to do more. Thus, if COVID-19 shows no signs of slowing down, haven demand for gold will likely increase.

As of April 21, the focus remains on the dollar index that is flat near 100.25 currently. The US dollar gained ground on April 21 as the oil price crash resulted in a dash for cash. If this trend continues, gold might face some more pressure in the near term.