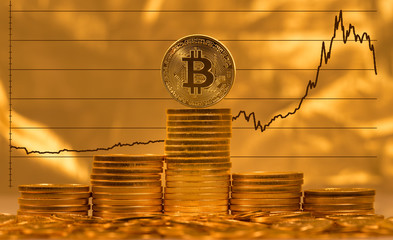 Bitcoin has been experiencing massive volatility in recent days. However, it is now consolidating in a tight $6,900 to $7,100 range where three technical factors suggest that the flagship token is vulnerable to a steep correction. For the last 36 hours, the price has consolidated just below the heavy resistance level located at $7,200.

Normally, a major price movement happens when Bitcoin gets stuck in a tight range for a prolonged period. For now, 3 indicators show BTC price is vulnerable to a major move downward; the emergence of a fractal that resembles the 2019 top, deviation from the descending trendline; and the increase of Tether supply.

In the end, the price broke out of the trendline to surge as high as $7,200 on Coinbase. Currently, the price is hovering around $7,100. However, if the bitcoin price rejects the $7,000 resistance level and breaks below into the previous range; the whole move would become a deviation and may signal a severe downtrend.

The $6,950 to $7,050 zone has become an important area of resistance for BTC in the past two weeks and it has tried to break out of it nine times since March 20.

Before the economic consequences of the coronavirus, pandemic grew into a strong variable to the short-term trend of the Bitcoin price. In February, BTC was showing signs of a local top located at $10,500. The price rejected at the critical multi-year resistance level and in the days that followed, Bitcoin faced a sharp downtrend to $7,700 and in the end, it dropped to as low as $3,650.

The current Bitcoin price trend is majorly similar to the whole fractal that sent the token from $10,500 to the $3,000s according to the technical analyst, Crypto Capo. 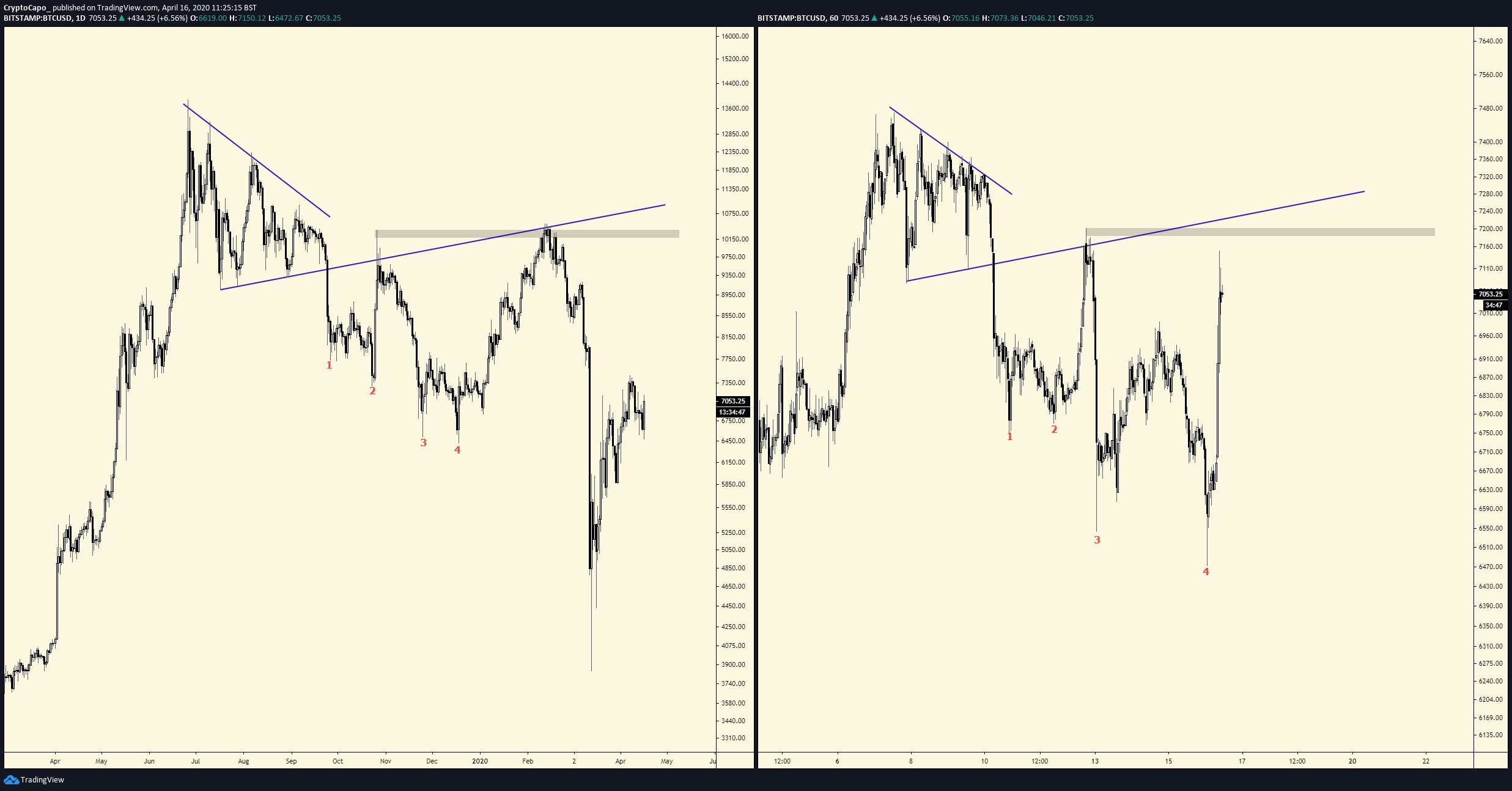 Even though the comparison is between a 1-hour chart and a daily chart, the analyst is convinced that if the structure of the chart is similar, it is highly probable that the outcome will be the same irrespective of the timeframe.

In the last two weeks, the Tether (USDT) supply has increased considerably by over $2 billion; surpassing $6.3 billion in market capitalization. The notable rise in the inflow to Tether into exchanges may mean that the demand for the stablecoin is increasing rapidly; as investors seek a safety net.

In that context, a crypto investor by the name Light recently said:

“Tether exchange balances ballooning as potential BTC supply available to be acquired on exchanges is falling.”

The rapid growth of Tether supply amid uncertainty in the global markets and the crypto market might indicate that most investors are careful and skeptical towards the v-shaped recovery of Bitcoin since March 12. 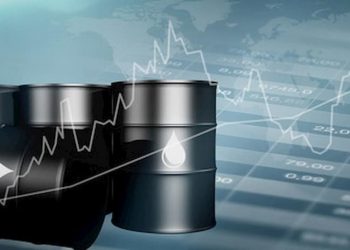