Libra Encounters DCEP? Battle for the Future of Money Heightens 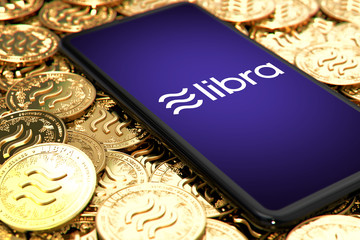 This week has seen the latest development in the battle for the future of money. According to the Libra Association, its Libra coin would not be a single currency backed by a basket of national currencies. Instead, it would now be a model of many individual fiat-pegged currencies.

Even though the original model was prone to a disruptive implementation of John Maynard Keynes’ original concept for a global basket currency that he called a ‘bancor.’ This model appears more to position Libra to help the existing central banks digitize their currencies.

On the other hand, China accelerated its digital currency and blockchain plans. The screenshots of an app from the Agricultural Bank of China show how the DCEP (Digital Currency Electronic Payment) is currently being tested. This gives crypto users insight into functionality, geographies, and players involved.

China also said that the 71 members of its National Blockchain Council and went live with its Blockchain Service Network (BSN). Particularly, the BSN has potential significance on a world scale as China strives to build and control a major piece of global digital infrastructure.

Libra Has A New Design

Libra will now strive to ensure that the existing currencies become easier to use both in a peer-to-peer fashion and internationally by insisting on various stablecoins that are backed by sovereign currencies. A cover letter that was attached to the revised Libra white paper that was released on April 16 confirms a widespread objection sentiment from the policymakers:

“While our vision has always been for the Libra network to complement fiat currencies, not compete with them, a key concern that was shared was the potential for the multi-currency Libra Coin (≋LBR) to interfere with monetary sovereignty and monetary policy if the network reaches significant scale and a large volume of domestic payments are made in ≋LBR. We are therefore augmenting the Libra network by including single-currency stablecoins in addition to ≋LBR.”

That cover letter lists Libra iterations subjected to the Euro, the British Pound, the Singapore Dollar, and the US Dollar. Libra Association vice-chairman Dante Disparte commented:

“Every stablecoin would be backed by a reserve of high-quality assets and short-term government securities such that their value is preserved. And we think this type of model improves the proximity to central banks and public institutions.”

A multicurrency libra coin (≋LBR) will succeed. However, it will just include a combination of the stablecoins that implement a strategy that is similar to the International Monetary Fund’s special drawing rights. Disparte also said that ≋LBR “will not be a separate digital asset from the single-currency stablecoins.”

“≋LBR can be used as an efficient cross-border settlement coin as well as a neutral, low-volatility option for people and businesses in countries that do not have a single-currency stablecoin on the network yet.”

The traditional financial institutions opposed Libra’s original plan partially since they were afraid that the stablecoin could undermine and in the end destroy their monetary sovereignty. Disparte said in an interview:

“The journey since the original white paper was released has provoked an important conversation around the world about, ‘How do we appropriately regulate digital payments and digital currencies?'”

Originally, the Libra Association was made up of 28 organizations comprised of credit card companies, tech giants, and venture capital firms. Almost all of these companies and organizations were inspired by blockchain technology created by Facebook well-designed to open up global payments while emphasizing the developing world.

Nonetheless, Libra’s model caused an uproar among regulators, especially from the developed world. Reports by The Information in March and German publication FinanceFWD in January proposed that the alterations have been in the pipeline since the start of the year. A Libra spokesperson said:

“We remain committed to our goal of being ready to launch in 2021.”

“The idea there, is to have a model that has the best qualities of permissionless systems but really at all times knows who the counterparties are. So it’s KYB, know-your-business, and know-your-counterparty.”

Based on the revised white paper, Libra coin’s new roadmap will be more compliant with regulatory recommendations from the Financial Action Task Force (FATF). It is set to limit what people and unregulated entities can achieve on the network. The FATF reportedly formalized its guidelines for cryptocurrency businesses just 3 days after Libra was introduced last June.