Gold Relentlessly Defends Its Highest Price In Over 7 Years 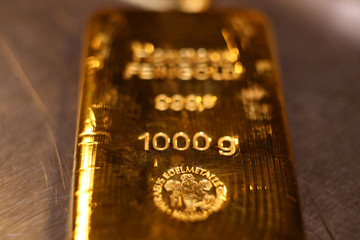 Gold seems to be doing superbly well amid the current coronavirus pandemic that is creating fear and chaos in the global markets. In that context, gold futures held their ground at the highest prices in over seven years. The precious metal found support as investors weighed in losses in the stock market. Also, traders expect that fiscal policymakers and central banks will implement further measures to boost the global economy.

The prices for the world’s most valuable precious metal remain close to the contract high forged Friday, according to Zaner Metals’ commentary on April 13. Gold seems to:

“have solid big picture bullish fundamentals in place as deteriorating economic sentiment globally suggests even larger waves of government support will be seen in China, India, Europe, and the U.S.”

The precious metal even found strong support as stocks scored their biggest weekly gain since 1974. The United States financial markets were closed on April 10 for the Good Friday holiday. May silver SIK20, -3.04% lost 43.3 cents, which translates to 2.7%, to stand at $15.62 an ounce.

For many years now, gold has acted as a haven asset. It usually moves inversely to the risky securities like the stocks. However, the analysts said that efforts by the central banks and fiscal policymakers to mitigate the negative effect on the global economy as the COVID-19 pandemic weigh it down continue to support the yellow metal.

Some analysts are convinced that gold might soar towards $2,000 an ounce since the global economy borrowed a lot from the future, and there might not be enough money to pay it down. On April 9, the Federal Reserve set up new loan programs and boosted the existing ones to provide up to $2.3 trillion in support of the economy.

Christopher Louney, an analyst at RBC Capital Markets, said in a note:

“Gold’s biggest stumbles during this crisis have been because investors were on a search for cash liquidity to cover losses and margin calls elsewhere, not because their attitude toward gold shifted. Even as markets improve, whether temporarily or not, and investors come back, we think gold will also absorb inflows alongside other asset classes. Market participants are aware of the risks out there, and an asset like gold that we have long recommended as a risk overlay stands to receive ongoing support. We think the firmest support is now in our high scenario.”