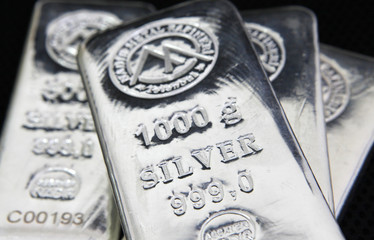 An explosion in the number of coronavirus cases coupled with an expansion of economic lockdowns has caused a massive surge in unemployment claims this week. However, these multiple cascading bad news did not catch the investors by surprise.

Instead of the stock market crashing to new lows, it held steadily within a trading range and rallied on April 2 after the release of a horrific jobs report.

It has also been a major week for the commodity markets as oil prices posted their biggest single-day percentage gain ever on April 2, gaining at least 25%. The oil prices lifted from their severely depressed $20 per barrel level after President Trump met with oil executives and said that Saudi Arabia and Russia would agree to limit production.

While looking at the precious metals, volatility finally reduced a little bit after three straight weeks of very wild moves that were yet to be seen in the spot market and bullion market. With many dislocations and disruptions now hitting the global economy, investors must now ask themselves: What is now sustainable?

It is a fact that many of the businesses will have sunk after this global health crisis finally recedes. Also, even large industries will never be the same as before. Many families around the world will be financially wiped out. The US and other countries have introduced ‘stimulus,’ which may ensure that the politically favored companies do not go under.

The stimulus is putting pressure on federal spending and borrowing, setting it to an even more unsustainably steep trajectory. Although there is no limit to how much currency the Federal Reserve can create to enhance the government sustenance and prop up the whole financial system, there are limits to the US dollar’s credibility as a store of value.

The capability to store value will be tested as the currency supply accelerates upward. Simultaneously, the production of scarce assets like precious metals and many other commodities is likely to dip sharply. The current supply and demand dynamic in most raw materials are both unsustainable and unprecedented.

The main issue that is allegedly affecting the oil markets currently is pandemic-driven demand destruction. Now, the global oil market has seen demand contract by around 25 million barrels per day as economies remain almost shut down entirely. Also, Russia and Saudi Arabia have been flooding the world with more output.

Russia and Saudi Arabia drove crude oil prices down too low, almost threatening to put the whole North American shale sector out of business. In Q1 2020, oil prices plunged by around 66%, which is a record drop for a single quarter. The commodity settled around $20 per barrel.

At such a low price, almost all the energy sector is unsustainable. Ranging from the frackers going to the deep-sea drillers and even the more conservatively positioned diversified energy behemoths, $20 oil does not work. The only way that everyone can hope to survive is by steeply shrinking their operations unless the oil prices get back above $40.

As it stands, wells are being capped, and the industry analysts expect a 70% drop in US drilling over the coming months.

Concurrently, demand might recover from the current levels. Although energy consumption will increase gradually at first when sections of the economy reopen, demand might increase a lot more rapidly than supply. This will happen since demand will be fueled by $6 trillion in federal stimulus so far, with the stimulus likely to increase in the coming days.

In the same manner, supply and demand pressures face the base metals and precious metals mining industries. Many mines around the world, including those in South America and South Africa, are currently closed down due to coronavirus.

The mining industry was already in distress even before the pandemic. All that happened as a result of low market prices for the metals. First Majestic CEO Keith Neumeyer suggested that it makes more business sense to hold onto the silver assets that companies have instead of selling them into the market at extremely depressed prices.

2020 could see a record decline in mining supply for silver and many other metals. Although the crude oil market entered this year with a supply glut that has so far continued to grow, palladium and silver, in particular, were headed for massive supply deficits.

Although the industrial demand is currently significantly down, when it recovers; it will be quite challenging to see how those deficits did not widen and maybe lead to price spikes. Steve St. Angelo, analyst, and MoneyMetals.com contributor, believes that investors will continue to turn to precious metals. They will do so for financial security in these turbulent times in the wake of the coronavirus pandemic.

But, it is possible that there might not be enough gold and silver above ground to go around. That is not possible at least not at the current prices. Angelo shared his thoughts in a video presentation that he posted earlier this week. He said:

“As a lot of large cities in the US and around the world, and countries are on lockdown; and they’re going to continue to be unlocked down. I believe the US now according to Trump, is on lockdown till the end of April. That’s another month. This is going to damage the system, and so we’re going to get into a financial storm in the next several months.”

Thus, the precious metals will see a significant spike in demand. But, the supply will not be adequate to service everyone. He added:

“I believe we’re going to see serious trouble with the bond market in the next month or so. And that’s going to cause trouble with actual bank accounts, the money market accounts, all the money… the digits that are held in the commercial banks; and then as well as the fiat money, the currency in circulation.”

Currently, all the gold value, mainly what is identifiable above-ground investment stocks, the central bank, and private ownership, is valued at almost $4 trillion. Comparing that to the base money supply that is estimated to be about $28 trillion; it is expected to cause massive pressure on the gold markets.

On the other hand, the total value of silver is around $40 billion. That means that gold is 100 times more available in value than silver. Analysts think that the most undervalued asset is physical silver. Therefore, the metal might gain considerably as more and more investors buy into silver to protect their wealth.