Blockchain Investment in Energy Markets Will Surpass $35 Billion by 2025 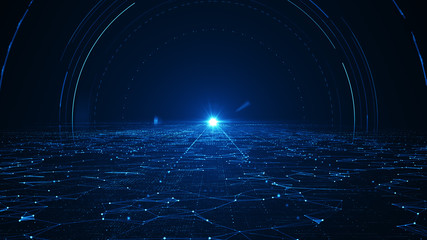 The blockchain sector is growing continually despite the prevailing market uncertainties. In that context, global investment in blockchain technology in the energy markets will reach $34.7 billion by 2025, according to a new Premium Market Insights (PMI) report. Valued at about $156.5 million in 2016, the nascent sector is projected to grow at a rate of 82% per year.

Even though $35 billion appears too high, it seemingly is not. It is dwarfed by the current net worth of $1.85 trillion for the energy market in general. Major players that are using blockchain and DLT in the field include IBM, Accenture, Oracle, AWS, Enosi, Bigchaind, Electron, Deloitte, SAP, Infosys, Nodalblock, and Microsoft.

Blockchain technology is used within the energy markets for financial tracking, data management, and interactions. According to the latest report, the drivers for adoption include reducing capital expenditure and operational costs. Increasing automation will enable blockchain to feature in data security and integrity services.

Nonetheless, the forecasted high rate of growth might be affected this year; the energy markets have taken a major hit due to the oil crisis and coronavirus pandemic.

As time goes by, companies are finding more ways to utilize blockchain technology in the energy sector. PowerLedger recently announced a partnership with green energy retailer ekWateur. They aim to offer almost 250,000 French residents with the chance to select their renewable energy source.

VeChain also recently confirmed the next phase of an ongoing collaboration with Shanghai Gas to develop a blockchain-powered ‘Energy-as-a-Service’ Platform and business infrastructure.