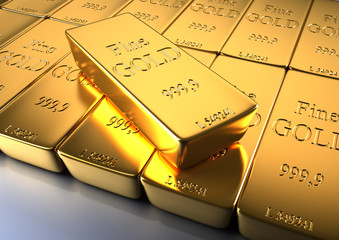 Gold futures ended lower on March 30 after getting weighed down by a surge in U.S. stocks and strength in the dollar. All that happened as traders focused on rapidly moving developments in the wake of the coronavirus pandemic. Also, traders looked at President Trump’s extension of guidelines on measures aimed at mitigating the spread of the deadly virus.

“Gold’s supply chain for the physical metal was disrupted over the last 10-days, but that has now settled and taken away any momentum for higher prices.”

However, gold’s outlook remains bullish as the world gradually adjusts to the never-ending promises of monetary easing. The next rally may be more of an escalator ride instead of an elevator one. Moya commented in a market update:

“The precious metal’s outlook remains bullish as the world adjusts to never-ending promises of monetary easing, but the next rally may be more of an escalator ride than elevator one.”

Gold for June delivery GCM20, -0.774% on Comex dropped by $10.90, or 0.7%. It settled at $1,643.20 an ounce. Comex is now the most-active contract in the market. Prices for the April contract that is still among the more active had surged by 9.5% last week. That represented the most substantial weekly rise since September 2008, according to data from FactSet.

“The gold market is a very unsettled place these days. Some think that things will fall back in line after the April contract rollover, but if the bullion shortage continues, it’s anyone’s guess if that will happen. From our perspective, gold demand is alive and well and could very well be just the tip of the iceberg.”

He was speaking to reporters, noting that the demand for the physical gold coins at USAGOLD is currently running at levels not experienced since 2009. He added:

“For the first time in a long while, I can say without reservation that retail investors have joined funds and institutions in the quest for the physical metal.”

Markets were still digesting a March 29 news briefing by President Trump, where he extended social-distancing guidelines up to April 30. Previously, the president had suggested that he hoped to start lifting restrictions by Easter Sunday on April 12.

In the meantime, the U.S. dollar also was creating some considerable friction for bullion prices. The dollar was up 0.7% against a basket of at least six currency rivals according to ICE U.S. Dollar Index DXY, 0.621% data.

A stronger dollar might weigh down the commodities priced in the unit, which makes them more expensive for the users of other currencies. The United States benchmark stock indexes also traded higher on March 30 as the gold futures settled. Jeff Wright, executive vice president of GoldMining Inc., explained:

“We see a risk-on day, almost a return to normal in a way as U.S. equity markets are higher across most sectors. I do see this as a positive towards consolidation above the $1600 level for gold.”

Looking into the future, the next seven days may offer possible shocking economic statements and data which might enhance safe-haven demand. Wright added:

“Consumer confidence on Tuesday will be very bad, but it will get worse next time. Initial jobless claims on Thursday should [provide] another shocking number—my guess is well above [the] 3.28 million [claims] last week.”