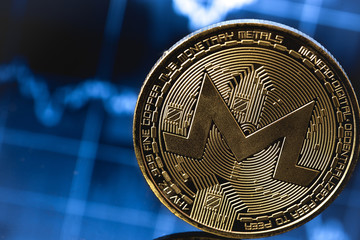 Since it dropped to $24.05 in the severe marketwide correction that happened on March 12, Monero (XMR) has rallied around 99.5% and is currently consolidating around $49. The token’s recent recovery happened on consistently strong buying volume, and the altcoin has spent the past ten days trading in a stable ascending channel.

Currently, the XMR/USDT pair has pulled back a little after it touched the main trendline oof the ascending channel at $50.96. However, the pattern of higher lows has remained intact since March 20 despite these pullbacks.

For now, XMR is facing resistance at $51, and pushing through this level could be a challenge, although the next target will then be $54.

The altcoin has also performed excellently in its Bitcoin pair. It has recovered by up to 28% since dropping to 0.006134 satoshis. At press time, the XMR/BTC pair is finding strong support at 0.007220 satoshis. This point aligns with the 200-MA, 38.2% Fibonacci retracement level. Moreover, it aligns a high volume node on the volume profile visible range.

If XMR drops below the 38.2% Fib retracement, the traders will be looking for support at 0.007011 sats, followed by 0.006972 sats. This lower support coincides with the Bollinger Band moving average and the 61.8% Fibonacci retracement level.