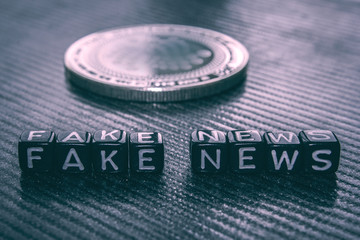 The crypto market, just like the entire global economy, is facing turbulence due to the rapid spread of the coronavirus. Amidst all these uncertainties, a crypto market analyst that has over 63,000 followers came under fire for supposedly photoshopping many screenshots. He did that to give the impression that his trades were highly successful than they were.

A Twitter user who calls themselves “King” posted screenshots on March 14, which purportedly reveal that Jacob Canfield, who is the self-proclaimed “#1 cryptocurrency analyst” on Twitter, has continually manipulated many images representing the performance of his trades.

While responding to the ‘mob mentality’ on Twitter, Jacob Canfield admitted that he had photoshopped several trades and posted them on Twitter to make them look better in a now-deleted post that came up on March 13. In that post, he said that he would never photoshop again.

Nonetheless, King posted screenshots on March 14, showing that Canfield had changed a screenshot to alter his alleged returns from 7 Bitcoins to 15.59 BTC on the same day that he had promised not to continue with the fake photos and reports.

The post also had screenshots of the messages sent between King and Canfield. In these messages, Canfield openly admitted that he used photos to change the 7 BTC profit to 15.59 BTC. King says that he has evidence of over 10 screenshots that have been manipulated.

This drama has escalated in the last two days with King allegedly offering not to contact the US SEC in exchange for Canfield dissolving his premium subscription group, Signal Profits. King uploaded screenshots on March 15, showing the further dialogue between the trader and himself. In these screenshots, Canfield allegedly accused King of trying to blackmail him.

In that exchange, King continuously insisted that he is ready to consider an alternative to his offer of Canfield deleting his group. King also has threatened to send screenshots of their dialogue to the Discord users of King’s trading group in the case that he fails to find any other solution. He said:

“Also, just scraped all discord users IDs in your group that I’ll send this convo to if you don’t have a solution.”

Canfield has since said that he will stream his trades live in the future.