US Congressman Sponsors Crypto-Currency Act of 2021 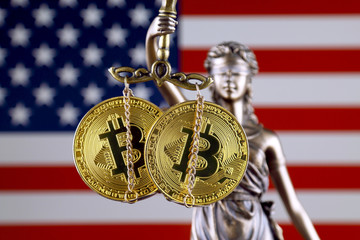 The latest reports reveal that a United States congressman is currently working to clarify and determine which US regulator is responsible for which digital assets. Representative Paul Gosar (R-AZ) introduced the “Crypto-Currency Act of 2021” on March 9. This bill aims to choreograph an assortment of digital assets to answer to the appropriate regulator.

According to Gosar’s legislative assistant, Will Stechschulte:

“The bill looks to provide not only clarity but legitimacy to crypto assets in the United States.”

Gosar’s proposal is shown to divide digital assets into three categories, namely crypto-currency, crypto-commodity, and crypto-security. These three categories would be governed by the Secretary of the Treasury via the Financial Crimes Enforcement Network (FinCEN), the Commodity Futures Trading Commission (CFTC), and the Securities and Exchange Commission (SEC) respectively.

The language of this bill appears to cement the status of digital assets like Bitcoin as crypto-commodities as opposed to being crypto-currencies. The categorization of “crypto-currency” reads “representations of United States currency or synthetic derivatives.” This description is more reminiscent of stablecoins like Tether (USDT).

The language that is used in the description of crypto-securities remains familiar:

“All debt, equity, and derivative instruments that rest on a blockchain or decentralized cryptographic ledger.”

Interestingly, this bill does not mention any non-fungible tokens.

This bill is an updated version of the one that leaked to the public in December 2019. Notably, the updated law comprises expanded definitions of various terms, including “Decentralized cryptographic ledger” and “Smart contract.” These are concepts that the United States lawmakers are struggling to cope with.

Probably more significantly, this updated version is more explicit about determining “primary” rather than “sole” regulatory responsibility. The precise implications are yet to be seen, although these alterations may weaken the legal stance of crypto businesses stating that the SEC has no right to regulate them.

Stakeholders’ contribution to the draft

Gosar is presenting the bill solo breaking the regular congressional practice. There is no cosponsor for this bill. Stechschulte said:

Ben Goldey, the Communications Director for Gosar, elaborated the emphasis on industry engagement before any form of legislative approval.

“Since this is such a niche issue, we worked with stakeholders and outside groups/experts to get a good sense of the kind of clarity that the industry needed. We chose to gather stakeholder support before working toward cosponsors.”

Pioneer Bitcoin investor Erik Finman was one of the industry players who were involved in drafting the bill. While speaking to reporters, Finman said that he initially approached Gosar’s team to work on the bill since:

“I like that they’re brave and will stand strong for anything.”

Looking at the bill’s history and development right from the version that leaked in December, Finman said that several participants had weighed in:

“That bill that leaked, we were experimenting with a couple of things that was our second draft. We’re thirty-two versions away from that.”

2019 has seen several new draft bills, particularly in response to Facebook’s white paper for Libra. Fears and challenges of encountering regulations by the SEC may be contributed to the many changes to Libra’s initial vision of a managed stablecoin that would be based on a ‘basket of currencies.’

Warren Davidson’s (R-OH) Token Taxonomy Act is seen as the closest peer to Gosar’s new bill. Warren’s bill was originally introduced in 2018, and later on, it was updated and re-introduced in April 2019.

According to Finman, the Token Taxonomy Act has stalled out. He also believes that the new Crypto-currency Act is slightly bigger in scope. 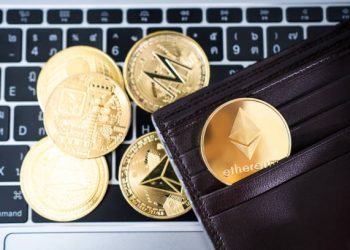