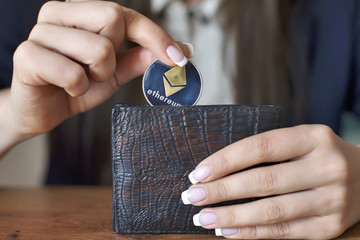 The nascent crypto sector is continuously gaining ground in the global financial industry. Recently, a non-custodial smart wallet for decentralized applications (DApps) and cryptocurrencies have got new funding as it tries to challenge the current offerings in the industry.

The co-founder and CEO of the wallet’s developer, Argent, Itamar Lesuisse, revealed on March 9 that the London-based startup had raised around $12 million in a Series A round. This funding round was led by the Sequoia Capital-backed fund, Paradigm.

Lesuisse explained that the Argent wallet strives to address challenges over user control and security. He added:

“Until now, crypto users have had to choose between hardware wallets, vulnerable mobile wallets, or trusting a custodian.”

Also, the wallet strives to offer the same design simplicity that challenger bank apps like Monzo and Revolut have been providing to their clients. Argent said that it has introduced broad transfer approval and daily transfer limits, simplified access to dApps, and eliminated seed phrases and gas. But even as it adds the ease-of-use offered by such banking apps, Lesuisse stated:

“We don’t see the crypto offerings of Revolut or Robinhood as competitive. Argent is for controlling and using your crypto, not just getting a little speculative exposure.”

Revolut does not support cryptocurrency trading alongside fiat accounts. While such platforms can help in introducing cryptos to a more mainstream audience, their primary use for the industry is as a bridge, according to Lesuisse.

As more users are now becoming more familiar with cryptocurrency, he expects that many users will migrate to the non-custodial wallets that are designed to offer more control and many use cases. In general, Argent has acquired $16 million since its launch in December 2017. During that time, it has seen a 330% increase in the number of wallets with assets over the last six months.

In 2019, Argent integrated the MakerDAO protocol striving relentlessly to extend its usability for the decentralized finance (DeFi) market. Also, it took this strategy, trying to simplify the users’ ability to open MakerDAO Collateralized Debt Positions.

By description, Collateralized Debt Positions are the smart contracts integral to the Dai stablecoin system. If implemented correctly, it enables users to borrow Dai stablecoins using their Ether as collateral.

Decentralized Finance meanwhile, refers to any financial software that is based on the blockchain. It focuses on the digital asset or smart contract applications. That includes predictions markets, decentralized credit and lending systems, and asset management.

In February, reports emerged on the latest developments in the DeFi ecosystem, including various DeFi wallets like Balance and MetaMask.