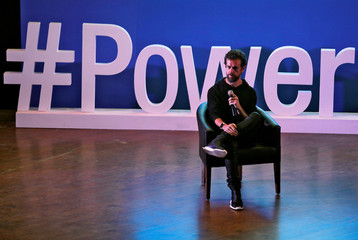 Jack Dorsey’s Square Crypto is now supporting Bitcoin development through a grant program. This move formalizes the already significant contributions made by the firm towards the crypto. In a March 4 announcement, the company said that the Square Grants program would be made publicly available.

At the time of that announcement, two developers had already received grants. A pseudonymous developer received an undisclosed sum to continue with the Lightning Network development. On the other hand, BTCPayServer got $100,000 to continue the development of its open-source payment processor.

Coming with that announcement, Square said that it had also granted undisclosed amounts to Tankred Hase and Jon Atack, the two Bitcoin developers who previously did a lot of work in the development of this space.

How to apply for the grants

Square has made several conditions for joining the program public. According to the rules, the grants can be received by individuals or a team from anywhere in the world. However, the recipients must show proof that they are working on any form of bitcoin project.

Their proposals must enhance Bitcoin’s user experience, privacy, scaling, security, or something else that is yet to be thought about. Also, the developers must be in good standing and relationship within the Bitcoin community.

The team went ahead to list several examples of applicable projects. It cited privacy implementations like Payjoin or SNICKER, new layer two solutions, new wallets, and many others. Applicants are required to send an email to Square and write a detailed proposal text. The announcement read:

As it is widely known, Square is a payments company that is led by the Twitter CEO Jack Dorsey. It offers a wide range of products in the payments ecosystem. One of these products is Cash App, which is a financial product for consumers, and it is increasingly relying on Bitcoin to make revenue.

Last month, it was published that about half of its earnings come from crypto users. The app enables users to buy BTC in small amounts, with the normal user only trading $7.50 monthly. Square is currently pushing forward with more crypto integrations after it got a patent for real-time crypto-to-fiat swaps in January.

Also, the firm is actively supporting Bitcoin development via initiatives like the Lightning Development Kit. The company’s latest actions are not going unscrutinized since some members of the community raised questions on whether Square can influence Bitcoin’s development decisions.