Blockchain to Feature in a House Committee Hearing, Regulation Looming 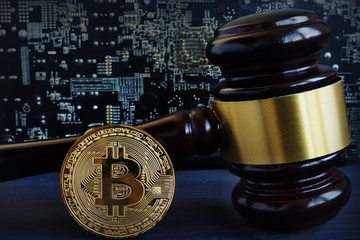 Ever since Bitcoin appeared around a decade ago, the underlying blockchain technology seems to be growing leaps and bounds as the crypto thrives. Currently, crypto and blockchain are affecting how both large firms and small businesses operate. Their effects have made the heads of governments turn.

In the first week of March 2020, a committee in the United States House of Representatives is scheduled to hold a hearing. The hearing will focus entirely on the way blockchain is affecting small businesses.

The Committee on Small Business will have a special hearing. It will be titled “Building Blocks of Change: The Benefits of Blockchain Technology for Small Businesses.” The hearing is scheduled for March 4 in Washington DC.

According to an official announcement from their website, the committee that is steered by Chairwoman Nydia Velázquez (D-NY) will focus on:

The attendees on the list include Dawn Dickson, CEO of PopCom; Shane Bigelow, CEO of Ownum; Jim Harper, visiting fellow at the American Enterprise Institute and Marvin Ammori, general counsel for Protocol Labs.

Crypto and blockchain under review in the US

Crypto and blockchain are frequently put in a gray area in matters of legislation and enforcement. Interestingly, members of the House of Representatives severally address them. Chairwoman Velázquez also attended a hearing at the House Committee on Financial Services on July 17, 2019. That hearing discussed the impact posed by Facebook’s digital currency, Libra, on “consumers, investors, and the American financial system.”

While commenting on the potential regulatory approvals for the cryptocurrency, Velázquez stated:

“We do not want to stifle innovation, but we do have a healthy dose of skepticism.”

As the United States Federal Government keeps moving closer towards accepting blockchain and cryptocurrencies with hearings like these, the governments at the state level are also doing the same.

New Jersey and New York already need crypto firms to get proper licensing to operate within their jurisdiction. In December 2019, the representatives in California also proposed legislation offering legal assurance to support the use of blockchain technology.