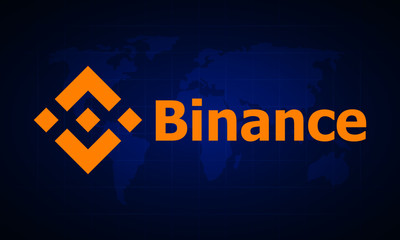 The Malta Financial Services Authority (MFSA) said that it is yet to approve any Binance crypto exchange operations in the country. In a February 21 public statement, MFSA said that Binance does not have any legal authority to operate in the crypto sphere within the Authority’s jurisdiction.

The agency went further to outline that the recent media statements and reports referred to Binance incorrectly as a Malta-based cryptocurrency firm,” since the exchange may not fall within the realm of the legal, regulatory oversight.

The MFSA has made a similar statement before, even though most of the major local publications, including Malta Today, have been referring to Binance as a Malta-regulated crypto business. The regulator claims:

“Following a report in a section of the media referring to Binance as a ‘Malta-based cryptocurrency’ company, the Malta Financial Services Authority (MFSA) reiterates that Binance is not authorized by the MFSA to operate in the cryptocurrency sphere and is therefore not subject to regulatory oversight by the MFSA.”

The MFSA also insisted that operating any form of crypto business or company in the country needs an MFSA license. This license is issued under the Virtual Financial Assets Act of 2018. Reporters tried to reach out to Binance for comment, but up to now, the exchange is yet to issue any comments or statements regarding this issue.

Previously, Binance went public, stating that it was launching an office in Malta in 2018. It did so after encountering pressure from Japanese regulators who forced it to relocate. At that time, Changpeng Zhao, the Binance CEO, stated that he was invited to Malta by the government. He went to look at an upcoming bill. The bill in question would be favorable to crypto businesses.

In September 2018, a financial technology arm of the Malta Stock Exchange signed a memorandum of understanding with Binance. That memorandum aimed to kick off joint efforts for the launch of a new security token digital exchange.

The issue of where Binance is officially located is not new at all. Late in 2019, reports of a police raid on suspected Binance offices in China sent the entire crypto markets sphere into a spiral. Binance later denied these reports saying:

“The Binance team is a global movement consisting of people working in a decentralized manner wherever they are in the world. Binance has no fixed offices in Shanghai or China, so it makes no sense that police raided on any offices and shut them down.”

The firm’s CEO, Changpeng Zhao, has, in the past, criticized the idea of centralized offices and headquarters. He tweeted:

“Office and HQ are old concepts like SMS and MMS. Time is moving on…”

This news comes after an unexpected technical issue on the Binance platform that came up on February 19. Consequently, Binance announced that most of its trading activities were suspended as a result of unscheduled maintenance.