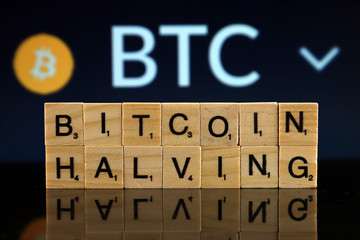 Bitcoin halving is expected to happen in May 2020. However, various reports suggest that it might happen sooner. A rapidly increasing hash rate coupled with recent adjustments to mining difficulty indicate that miners will likely solve the remaining blocks out of the 210,000 required for the halving to occur, sooner than it was originally anticipated. Thus, the Bitcoin halving might be closer than we think.

“a Bitcoin halving means that the rewards that Bitcoin miners receive for validating transactions are reduced by 50%. So, after the last halving event in 2016, the blockchain went from mining 3600 BTC per day to mining 1800 BTC. The Bitcoin halving date scheduled for May 2020, only 900 BTC will be mined a day.”

Escalated excitements surround most halving events since they are perceived to be an introduction of a major bull run. The 2012 halving ushered in the 2013 bull market while the 2016 halving led to the all-time highs of December 2017.

Halvings will continue taking place until the last block on the Bitcoin network is mined. Reports and analysis say that it should only happen in 2140. At that point, miners will have to survive on transaction fees as opposed to the BTC reward.

Satoshi Nakamoto created the Bitcoin blockchain in a manner that new blocks can only be added to the network every 10 minutes. Nevertheless, he took into consideration the fact that, as more miners joined the network, the time taken would decrease. Thus, Nakamoto added automatic adjustments to the mining difficulty level. The adjustments make it harder to guess a hash while more miners are competing.

How is mining difficulty related to halving?

Miners are now speeding towards the halving event faster than it was earlier anticipated. Most halving countdowns place the event around mid- to late-May. Nevertheless, the hash rate is so fast that it could mean that it will happen much sooner.

The Bitcoin network’s hash rate exploded to an all-time high on 19 January 2020. As miners continue to increase the hash rate rapidly, some analysts and commentators estimate that the halving will happen on 3 May. Another group is convinced that the end of April is a more accurate date for the Bitcoin halving event to take place.

At the rate we are going with difficulty increasing 5% and hashpower reaching new ATH, #bitcoin halving might just happend end of April. 🚀

With the event coming closer and closer, the Bitcoin markets are gradually heating up. Whether it happens in April or late-May, only one thing is certain – this Bitcoin halving could be the most monumental event in the token’s entire history.