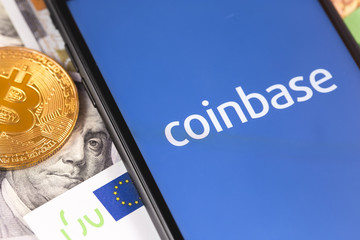 February is Black History Month. To mark it, Coinbase has launched an interesting advertising campaign. The campaign has the pitch that cryptos can help in solving racial injustice in the financial sector.

On February 13, the exchange published a blog post as part of the campaign with the results of a survey conducted in the U.S. and the U.K. The foundation of Coinbase’s survey centers is pegged on the notion that cryptos and blockchain will become more colour-blind compared to the traditional financial services. Both of them are trustless technologies that have pseudonymous functionality.

Coinbase’s data is entirely based on a sample of 5,126 respondents. The data seems to indicate that just one in every three Black Americans think that the financial system is equally accessible to people of all ethnicities.

Additionally, twice as many Black Americans said that their race or gender had inappropriately impacted them within the traditional financial system. The figure stands at 48% compared to 24% of the White Americans.

The negative experience translates into an increased receptivity to cryptos. About 70% of Black Americans said that they were interested in learning something about cryptocurrencies. On the other hand, about 42% of White Americans have some interest.

Is This A Solution For Social Justice?

It is one voice in support of the cryptocurrency’s being an equitable financial instrument. Coinbase cited the co-founder and chief technical officer of blockchain startup Yup, Vernon Johnson, who argues that:

“Many cryptocurrency transactions are pseudonymous and don’t require the disclosure of your real world identity, which may ease some of the apprehensions about racial discrimination in Finance 1.0. It becomes much harder to perceive racial identity in a world where people’s real identities are obfuscated.”

According to Johnson, while using cryptos, access to financial services heavily relies on the individuals’ digital reputation and transaction history. That eliminates the need for in-person meetings or even the disclosure of identity documents.

Nevertheless, as Know Your Customer (KYC) rules continue to be tightened around the world, Coinbase needs a photo I.D. for registration. The hard and fast line between cryptocurrency and fiat finance when it comes to pseudonymity is constantly eroding.

Certainly, the crypto sphere is also prone to its local biases. According to the previous reports, a large segment of the Bitcoin community engagement is male. It can frequently be tone-deaf about the lack of women participating in the nascent space.

Just 3 of the 88 speakers at the 2018 North American Bitcoin Conference were women, only for the after-party to be held at a strip club.