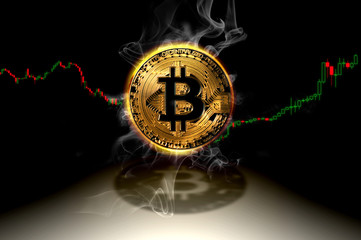 It is possible for Bitcoin to hit $26,000 in about two months due to a bullish event that previously triggered 170% price gains. According to analysts and commentators speaking on February 18, this week has seen the flagship token’s ascending of the 50-day moving average cross over its 200-day moving average. 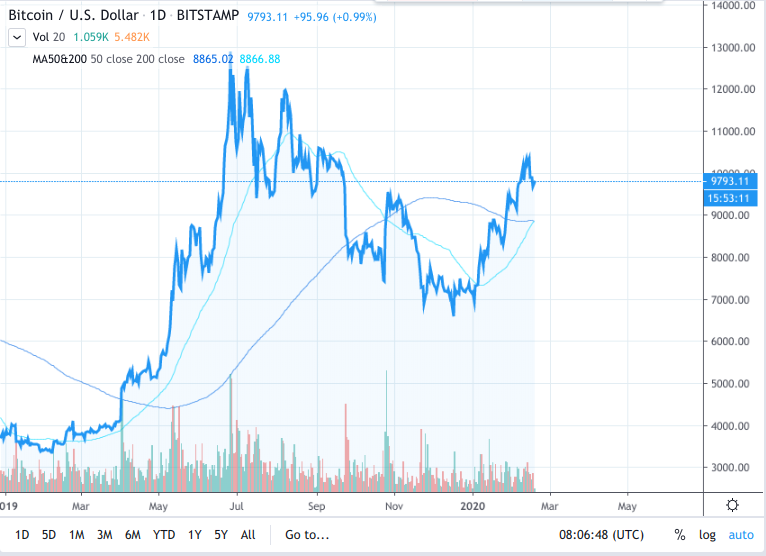 Referred to as a ‘golden cross’ the phenomenon is quite rare for the cryptocurrency. In spite of BTC/USD losing almost $1,000 in recent days, analysts believe that it is anything but bearish on short-term profit potential. One commentator summarized on Twitter:

With bitcoin consolidating around $9,800, it is evident that the token has retained this support in an overall bullish ascending price triangle. That sentiment was agreed upon by many leading market analysts. One of them told Twitter followers:

Last weekend, data showed that there exists a significant gap between two Bitcoin futures trading sessions. Bitcoin has afterward “filled” these gaps according to historical data with the arising implication being that this week might see a return to $10,500. Friday’s session closed at $10,495. On the other hand, Monday’s session started at just under $10,000.

The golden cross increased the number of prominent Bitcoin analysts who have forecasted short-term gains within just one month. Previous reports revealed that Fundstrat’s Tom Lee is convinced that Bitcoin could reach $27,000 by August. That is highly possible when and if the price successfully beats out resistance from its 200-day moving average.