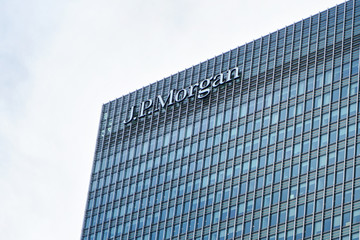 According to a February 11 Reuters report, an undisclosed reliable source claimed that the merger might be officially announced in the next six months. But, the financial terms of the deal are yet to be worked out.

Quorum is JPMorgan’s private blockchain platform. The platform is built on the Ethereum protocol. Reports state that it has roughly 25 employees deployed globally currently working on its development.

JPMorgan’s Interbank Information Network (IIN) runs on Quorum. The platform has been expanded to consist of a network of about 320 banks that share global payments data over the blockchain.

Additionally, it is planned as the basis for JPM Coin, JPMorgan’s forthcoming settlement-focused digital currency. JPM Coin was first unveiled in mid-February 2019. A source reportedly told Reuters that a likely merger with Consensys would affect neither the course of the IIN or the JPM Coin.

The bank has allegedly contemplated on several Quorum options in the last two years. Some of the most notable options include creating a new startup, establishing a dedicated open-source foundation, and pursuing a merger.

Consensys was chosen as the most viable route since it has close relations with the Ethereum protocol.

Last week, Consensys said that it was moving to cut its employee base by about 14%. The job cuts come as part of a restructuring that will separate the firm’s software development work from the venture activities.

JPMorgan has recently been setting up a public-private hybrid blockchain network, Kadena, even though the JPM Coin is yet to be released. Kadena comprises of smart contract functionality.