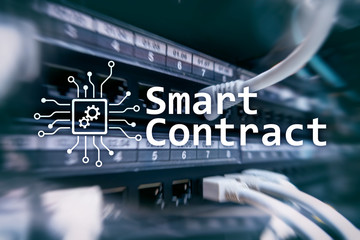 However, the study warns that the terms and conditions set for these smart contracts may limit the availability of the data for the enterprises. It reads:

“This variable could leave participants in a worse position than if they did not participate in the blockchain smart contract process. As such, an organization’s overall data asset availability would decrease by 30 percent by 2023.”

Nevertheless, an enterprise may see the quality of its data increase by almost 50% by 2023 if it turns to the blockchain smart contracts. Lydia Clougherty Jones, a senior research director at Gartner, endorsed these findings.

Although the availability of various data assets may become more limited, the study revealed that blockchain smart contract adoption might result in insightful and beneficial implications for decision making in enterprises. It will also enhance ROI (return on investment) on data and analytics.

Continual verification and automation would guarantee that data quality is more trustworthy and reliable. Hence, decision making will become more transparent, granular, and efficient, according to this study.

Clougherty Jones, a senior research director, stated that their usage might minimize the costs related to hiring third-party intermediaries. These intermediaries include escrow agents, bankers, and lawyers. In their place, “code is law” offers a near certainty of trusted exchange:

“Once deployed, blockchain smart contracts are immutable and irrevocable through nonmodifiable code, which enforces a binding commitment to do or not do something in the future.”

These analysts advise piloting smart contracts to automate some of the fundamental business processes. Some of the processes that can be piloted include basic contract information for management purposes and non-sensitive data distributions.

If implemented successfully, the pilot tests can then be expanded to automate multi-party contracts. They can work in conjunction with several external partners within a defined ecosystem. They can function across different areas like real  estate, banking, insurance, finance, and utilities. Previous studies concluded that the adoption of thechnology at scale is allegedly faster in the Asian Pacific countries. Singapore and Australia are leading in that field, although businesses globally could do well if they take a more proactive stance.

A smart contract on Ethereum

The Aztec privacy network launched officially on the Ethereum blockchain on February 1 by way of Zcash-based technology. Its primary goal is to deliver three fundamental cornerstones on the network. According to the Aztec CEO Thomas Walton-Pocock, the last of these will enable smart private contracts to execute with one trusted setup.