Bitcoin Ceased Being A Primary Focus in Finance, Theismann Says 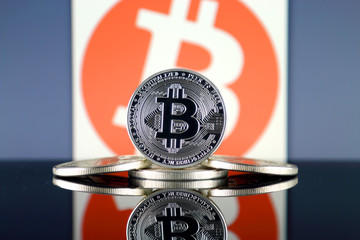 Since its inception a decade ago, Bitcoin has shaken the global financial system. Through its volatile lifespan, it has become a key focus in finance with other digital currencies arising over the years, seeking the success that the flagship token has enjoyed. But, things could be changing according to some analysts and commentators.

Joe Theismann, a former NFL player, believes that Bitcoin has drifted to the bottom of the pond away from the public’s microscope. In a January 30 podcast interview, Theismann told Bloomberg:

“It’s been pushed away on the back shelf. I’m not saying that there isn’t a possibility for it to rise again at some point, but I think that has run its course to a degree.”

He was commenting while still acknowledging his brief past participation in the cryptocurrency industry.

While speaking during that interview, Theismann commented on many topics that included marijuana and stocks. The ex-football player said that he has up to five asset managers and is keenly following their advice when dealing with his financials and investments. However, he was also competing with them for returns.

Theismann mentioned user adoption when discussing the topic of cryptocurrency. He said:

“Until you can convince people to buy things with cryptocurrency, it’s going to be a challenge.”

Theismann also looked at the governmental issues with crypto assets in general. He asked:

“Would the government want something other than the central bank controlling currencies?”

He then answered no to his question.

Current NFL player Russell Okung has opposite opinions to Theismann’s. Okung recently held a conference focused around Bitcoin adoption and education in September 2019.

There might be different views surround bitcoin and the crypto industry in general. However, they are continually changing the global financial landscape.