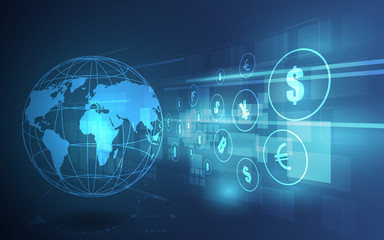 Two forces determine the state of a democratic country’s currency. They include the fiscal policy that is set by the nation’s ruling government and the monetary policy, which is determined by its Central Bank. The explanation behind it is that politics and currency are linked to whether anybody approves it or not.

The crypto community is already aware of this since most members were attracted to the digital currencies due to dissatisfaction with the governance of modern fit currencies and the effect that politics has over it. Due to that recognition, many people are seeking ways of hedging their exposure to these economic effects.

The political landscape throughout the world is marked by polarized opinions, with most national politics becoming increasingly unstable grounds. Many elections are resulting in coalition governments because none of the parties in the ballot get the majority consensus.

Issues like the close results in the last US presidential elections and Brexit are showing the increasing divide in opinion. This phenomenon is making governments stagnate or act against the will of a large segment of the voting population. These occurrences are not firm foundations that can support the money that powers the lives of the citizens.

Through technological powers, the world is now filled with global consumers and global citizens. But, the global identities are restricted by default currencies offered by the home states. For instance, the British Pound is the currency of almost 68 million people. When the Brexit vote result announcement was made in 2016, the Pound plunged, and since then, the currency is yet to recover fully.

The weight of this depreciation was felt uniformly irrespective of how anyone voted about the United Kingdom’s leaving the European Union. Though January is not yet over, there is increased level of political turmoil this year. For instance, there is tension brewing between the US and Iran, increasing pressure on the political backdrop in the Middle East.

The question comes; how can a currency and its value for holders play out against unstable political backdrops over the next ten years? There are three forks in the route ahead.

Several central banks, led by China and Russia, are preparing to get into the crypto space. The People’s Bank of China’s initiatives has made headlines for some time now. On the other hand, the central banks of nation-states around the Eurozone have adopted middling stances showing that they are unlikely to roll out their state-backed digital currencies soon. However, they are investigating the application of technology.

If the central banks roll out the digital representations of their respective currencies over the next ten years, there are two sides to these digital coins. The central bank-issued digital currencies (CBDCs) have built-in acceptability. However, they do not address the challenges presented by paper currencies.

Moreover, these national digital currencies are subject to fiscal policy that is set by the government. They also face challenges of any nation whose consensus is highly divided. Thus, the scenario is not sustainable for the same reasons as the non-digital national currencies.

Another probability is that the digital currency initiatives led by corporations take over the crypto space. This scenario can effectively insulate the purchasing power of a currency holder against government agendas and central bank policies. This is possible since the governance of these currencies may be prerogative of the corporation that issues them.

But, this may turn out to be a case of jumping out of a frying pan into a major fire. Their shareholders and executive boards majorly govern corporates. The board is trusted to act in line with the shareholders’ values. Although decision making on governance issues is more efficient, it should be known that shareholder values typically tend to lean more toward profit.

Making profit-driven decisions is entirely right for any business. Nonetheless, currencies must never be considered to be business opportunities. If any corporation decides to produce and implement a new currency, it would eventually turn back into the fiscal governance of pro-democracy if the decisions are made in line with shareholder values.

In that case, the decisions would be made only by an elite ruling class, which in turn exposes the consumer purchasing power to an agenda set to realize profits for a selected few.

A Change Of Tact

Technology is expected to factor majorly into the future of currency. As it stands, technology is highly linked with most aspects of modern life. In the case of accounting and money, technology can offer superior value through enhanced security, agility, and automatic, immutable record-keeping.

For now, the consumer citizen governance dilemma is primarily a question of purchasing power. Also, dilemma comes with how much of this purchasing power of a currency should be influenced by governance, subject to corporate or political agendas. Identifying these challenges is diagnostic which is not a solution.

Thus, technology becomes compelling in such cases. If it is applied correctly, technology can enable the currency holders to set the agenda for the governance of their money. Thus, instead of different peripheral factors shaping the health of currency, people may have a democratic say on how they want they want to see the currency that they hold governed.

This form of monetary democracy is quite unprecedented since, until technology revealed the building blocks, it would have been impossible.

Now people can have a say in how they want the money they hold to be governed. With the assistance of blockchain technology and a ground-up approach to creating issuance and governance policies, it is possible to develop a currency that will not rely on a national or a corporate entity for issuance.

On the contrary, the crucial functions that control the supply of money can be determined by predefined rules and algorithms. This strategy creates built-in transparency and reliability coupled with the assurance that these functions are carried out as intended. Since this type of money is not limited by borders or geography, it can operate as a real global currency that is accessible to anybody who has an internet connection.

The underlying factor pushing these developments is that there is a need for a global currency that will not, in any way, become a by-product of national politics. The best currency’s governance takes the will of its holders into a direct account. In most cases, the national fiats and other forms of currencies are increasingly showing that they are unsuited for the needs of modern citizens on the global level.

All national currencies seem to meet their needs of national economies since they are designed for this purpose. It makes sense that a global economy requires a tailored currency that can accommodate all its needs.