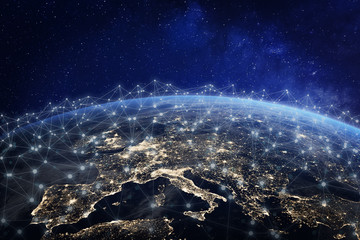 OKEx, a major crypto exchange, is represented at the 50th World Economic Forum annual meeting that is taking place in Davos this week. The exchange is promoting blockchain technology as a new infrastructure for enhancing the global financial system.

The OKEx Financial Markets Director, Lennix Lai, delivered two presentations on January 22. He was speaking at the Russia House 2020 and EmTech Investment Meeting 2020. The attendants of the meeting focused their minds on the challenge that has come up globally. This challenge includes the need to extend financial services to at least two billion people globally who are still unbanked.

During his presentation, Lai said that a digital, decentralized financial infrastructure powered by blockchain and cryptos could provide a solution. He stated that the decentralized system could be of mutual benefit to the incumbents operating in the traditional financial markets and to the many unbanked people around the world.

Notably, decentralized finance (DeFi) innovation is expected to “substantially lower” operational costs for institutions. Simultaneously, it will promote financial inclusion through serving areas that traditional banking systems have failed to. He commented:

“We see the endorsement from global regulators. […] We also see the volatility of Bitcoin getting lower, making it become a favourable alternative asset for mainstream finance. And the recent surge of DeFi reflects that people are starting to brace a free, open, permissionless financial system.”

A System Under Siege

According to previous reports, 2020’s theme at Davos is “Stakeholders for a Cohesive and Sustainable World.” Many are convinced that the subject of this year’s event is the World Economic Forum’s response to a rapidly growing public discontent with the inequality and power of the oligopolistic financial elites. The discontentment is evident from protests in Asia, Europe, and Latin America over the past year.

“I think by a lot of [Davos] events like this one and some of the other blockchain events, we’re starting to show them that if they don’t adapt if they don’t change, they’re going to end up losing.”

Will the traditional financial and government institutions adopt cryptos and blockchain? Time will tell when and whether the tides will shift or not.