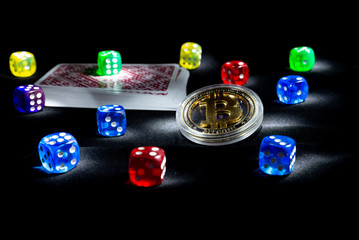 The president of Venezuela, Nicolas Maduro, announced on January 17 the opening of a ground-breaking crypto-run casino. The move comes even as the country’s economy continues to languish in hyper-inflations, which has made most betting halls too shut down permanently.

According to Maduro, the Ávila National Park’s Hotel Humboldt will soon host an international casino. The casino will operate with Petro, which is Venezuela’s state crypto. The president said that the proceeds from the casino would fund the country’s public health and education sectors.

That announcement comes less than ten years after former president Hugo Chavez ordered the closure of all betting places. At that time, Chavez believed that these places were harbours of drugs, prostitution, and crime. Since 2011, only a few online platforms have allowed Venezuelans to gamble.

What Is This Casino?

Maduro’s enigmatic announcement came with many questions, even with the casino lacking a definite name up to now. The president did not say when the casino will open and whether its establishment in the ‘lungs of the city’ will give life to similar venues. The logistics of how this casino will run also remain a mystery.

The main question surrounding this announcement is how, in a country lagging globally in education matters and suffers a gutted public health structure will benefit from a crypto casino. Will this initiative support the dire public education and health needs?

Given that the Venezuelan government does not deliver most of its promises linked to the Petro crypto, investors should take the announcement with skepticism.

The Power of Cryptocurrency

Reports from last week revealed that Maduro said that the country plans to sell the reserves amounting to 4.5 million barrels of oil belonging to its state-run oil and gas firm, PDVSA, for Petro. According to the president, that sale will help the company open roads to the new economy and create a world of:

“peace and integration of peoples, their happiness and improvement.”

Will the casino salvage Venezuela’s economic crisis? Time will tell.