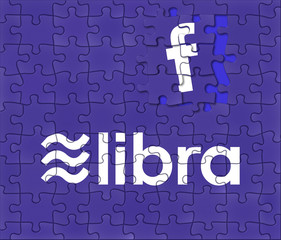 The Libra Association, which is the governing body of the controversial stablecoin introduced by Facebook in June 2019, has now formed a new committee. The new committee will guide the network’s technical development.

According to a January 16 announcement, the Libra Association voted to set up the 5-member Technical Steering Committee. The group will consist of leading experts pooled from different firms in the blockchain and fintech industries.

In the same announcement, it is alleged that the development of a separate committee is in line with the Libra project’s goal of being decentralized and self-governing:

“Independent of any one organization’s control”

The first order of business for the committee is to publish its technical governance framework. It will also supply other needed documents by the time the first fiscal quarter of 2021 ends.

Facebook’s announcement and the unveiling of the Libra stablecoin and payments network together with its corresponding Calibra wallet happened in June 2019. That announcement made waves in the tech and crypto communities. It also caused anxiety among legislators and regulators around the world who quickly stated scrutinizing the new project.

The social media giant company has a history of massive data breaches and mishandling of user information. These mishaps have been at the center stage of many regulators’ concerns. Last summer, during a hearing before the US Congress, Calibra head David Marcus addressed lawmakers. He told them that Facebook would have no access to Libra users’ financial records and information. He explained that all that data would be stored separately from the social platform’s user data.

The CEO of Ripple, Brad Garlinghouse, stated that the Libra project would probably not get regulatory approval before 2023. Brad added that the stablecoin’s debut might have fared better if Facebook had not been at the head of this project.

Interestingly, the regulators are confused and are yet to determine how to classify the new asset. In November 2019, the United States lawmakers created legislation that aimed at regulating the coin under the securities laws.

After the introduction of that bill, the Libra Association updated the coin’s whitepaper behind the scenes. The most significant change was the removal of dividends payable to early investors. The amendment removes a probable conflict of interest between the Libra Association members and end-users of this currency. Also, it addresses the concerns that Libra should be classified as security.

The Libra token is expected to hit the market later this year if everything goes as planned.