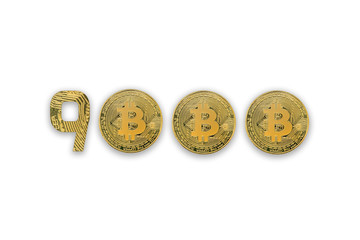 On January 17, Bitcoin scraped $9,000 as the technical metrics continued to smash both local and all-time records. The flagship token flirted with this psychological level as traders lie in wait.

Is A Bull Run Underway?

Data from Coin360 revealed that BTC finally rose to the $9K boundary during the Asian session after a bullish run-up overnight. At the moment, there is a slight retracement that has pushed the token towards $8,900 but it seems to be consolidating the gains. In the last 24 hours, Bitcoin has gained over 3% and the weekly performance is relatively stronger standing at 16%.

Currently, the Bitcoin holders are sitting on monthly gains of around 35%. But, attention seems to be turning to the shorter time frames. Some commentators are convinced that in spite of Bitcoin’s bullish movements, the next close will be highly important in determining the short-term trajectory.

If Bitcoin closes below the bullish candle that propelled it to the current highs, a bearish reversal would appear. The price under these circumstances would create a swing failure pattern, or SFP, which may keep BTC price subdued. One commentator summarized:

“When price pierces above a key swing high but then closes back below that swing high, we have a potential bearish SFP.”

Furthermore, the 200-day moving average that was a major resistance for the last two years is now swaying around the low $9Ks. Hence, it might present a major barrier for the bulls in the instance that a run-up to $10,000 is to occur. Nonetheless, Bitcoin was showing different trends to excite the analysts and investors as the week draws to a close. 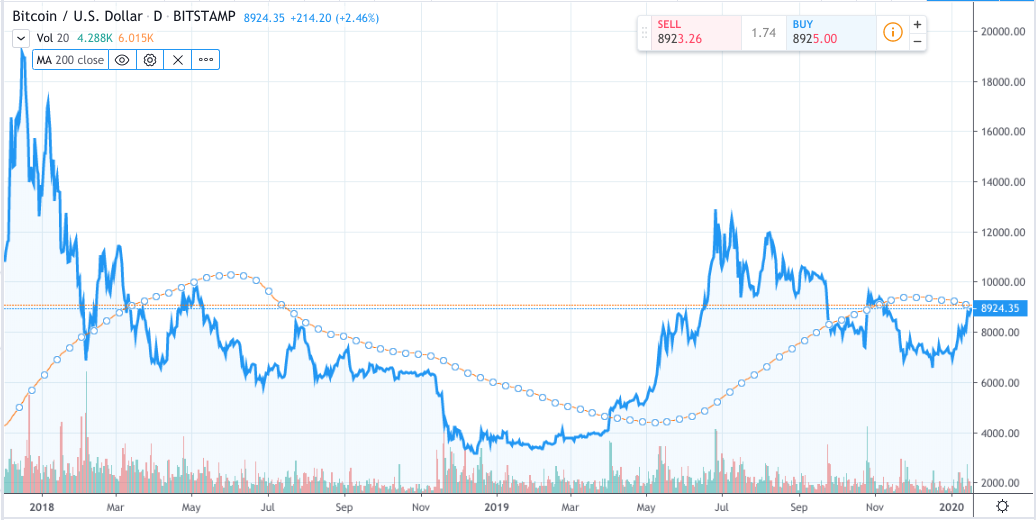 Hash rate hit a new all-time high on January 16 with Coin Dance putting Bitcoin’s hash rate at 149 quintillion hashes per second. The overall interest in Bitcoin is also growing constantly with data supplied by Google Trends showing worldwide searches for the term “Bitcoin” have surged to their highest since late October.

The altcoins have also continued with their varied bull runs as Bitcoin hit a two-month high. Among the top 20 cryptos by market cap, Ethereum Classic (ETC) seems to be leading the charge rising more than 28% to $9.71.

The largest altcoin, Ethereum, managed a 6.2% surge to trade at $171. Other notable performers include Chainlink (LINK) and Cosmos (ATOM) which delivered almost 16% in the past 24 hours. The cumulative crypto market cap was $245.6 billion with Bitcoin’s dominance standing at 66%.