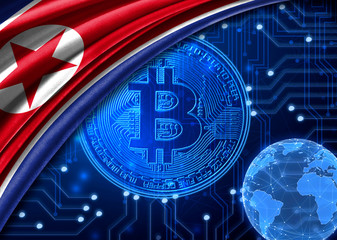 North Korea has repeatedly made headlines for all the wrong reasons. From testing nuclear weapons to government-sponsored hackers, the Hermit Kingdom has them all. Now, the country has announced that it will host a crypto conference in February and all are invited. However, the United Nations has cautioned anyone thinking about attending this conference to stay away.

The Unhas stated that attending a North Korean crypto conference will constitute a sanctions violation as documented in a report by Reuters. That report follows last week’s indictment of Virgil Griffith, the Ethereum Foundation researcher, on conspiracy charges. He was accused of violating the International Emergency Economic Powers Act.

Virgil went to North Korea in April 2019 to attend the country’s first blockchain and crypto conference. During his stay there, he and others in attendance purportedly discussed cryptos and blockchain technologies.

Griffith got arrested in late November for supposedly delivering a presentation on how to use blockchain and cryptos to circumvent sanctions. Thus, the US government is convinced that his presence in that meeting may have helped North Korea avoid international sanctions. He is thought to have done so with other people.

Prosecutors in the Griffith case believe that he also encouraged other US citizens to attend the February 2020 conference. According to the conference website, everyone from all over the world is allowed to attend apart from individuals coming from Japan, South Korea, and Israel. The organizers say that visitor passports will not be stamped:

“We will provide a paper visa separated from your passport, so there will be no evidence of your entry to the country. Your participation will never be disclosed from our side unless you publicize it on your own.”

Sanctions Experts; Do Not Go!

Since 2006, North Korea has always been subject to UN sanctions due to its active nuclear and ballistic missile programs. These sanctions among other things compel countries to prevent “financial transactions, technical training, advice, services or assistance,” in the instance that it could assist in the thriving of the missile programs or help North Korea evade sanctions.

These alleged “explicit discussions of cryptocurrency for sanctions evasion and money laundering,” appear as a direct violation of the sanction.

According to previous reports, the North Korean-affiliated hacking group Lazarus has allegedly deployed new viruses and malware trying to steal cryptos. For some time now, Lazarus has targeted unsuspecting crypto users. They have managed to steal at least half a billion dollars worth starting from early 2017 up to October 2018.