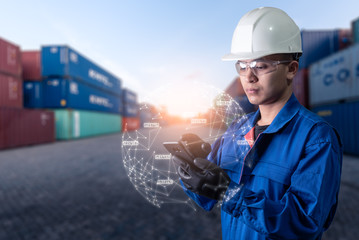 The adoption of cryptos is still facing hiccups around the world. However, the underlying blockchain technology is doing better. One Toronto-based startup called Convergence.tech has successfully finished a blockchain-based pilot. In this test, the company helped Mongolian nomadic herders to track and certify sustainable cashmere.

The supply chain project was done by the United Nations Development Program (UNDP). It is fully powered by Convergence.tech’s Ethereum-based traceability platform known as Backbone. The startup decided to focus on cashmere herders for this test since many of the participants face severe working conditions that are plagued by income instability.

Additionally, the fashion supply chain is not transparent which makes it challenging for consumers to understand where cashmere products originate. Chami Akmeemana, the Convergence.tech CEO said:

“The nomadic community is one of immense pride but one with a volatile and unstable income. Leveraging blockchain technology within the transformation of the cashmere industry can provide numerous benefits for Mongolian herders, buyers, and sellers alike.”

Convergence.tech created a mobile application that can run on all Android devices. The app aims to solve the lack of transparency that is facing the cashmere industry. This app enabled farmers to register their cashmere bales. Concurrently, these packing slips and bales were installed with radio-frequency identification tags used to track their data to determine the location of the products.

The tracking data enhanced with Backbone’s blockchain technology enabled the farmers to see the path of their cashmere. Also, users could see the path that the cashmere took during its production lifecycle. Furthermore, users could determine the environmental impact data generated to guarantee that ethical raw cashmere was being sourced.

Akmeemana said that the company’s findings were significant enough to inspire plans to expand the services of this app to other regions.

“Our learnings are quite significant on this, and that is why everything was around watching from afar. But now that that’s completed, we’ve been going around the world. We were in Singapore and Bangkok a couple of weeks ago presenting to the UN, USAID (the United States Agency for International Development), the World Bank, et cetera. So now we’re going to start seeing a lot more applications coming out.”

Convergence.tech was founded in 2018 and it has so far developed a blockchain-enabled land registry. This registry is actively used in the state of Haryana in India. Additionally, the firm has done a project in Afghanistan that applies blockchain within the existing police payroll systems.

Official reports reveal that the startup now plans to announce more projects in the coming months. The company even received a proposal recently to conduct work in Peru and it is looking for opportunities to scale climate action.