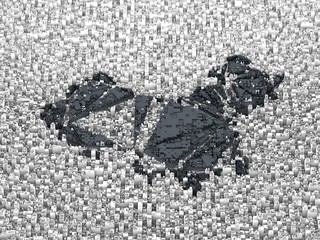 The blockchain developer and fintech firm, known as Ant Financial, is increasing in size. The company is an affiliate of Alibaba, and it now ranks as the fifth most valuable private company in China. The ranking was done by Hurun, which is best known for compiling a rich list for China. Ant Financial is now the largest in its field and 5th largest across all industries.

The January 9 report shows that Ant Financial is now worth around $143 billion subject to the closing price obtained from November 29, 2019. Alibaba is still at the top with a valuation of $545 billion. WeChat operator Tencent Holdings comes in second at $408 billion while Ping An Insurance valued at $215 billion comes third.

Huawei has encountered multiple sanctions from the Trump administration was ranked fourth with a valuation of $172 billion. This firm is still facing pressure from the US, who alleges that it poses a threat to its national security.

Ant Financial, Alibaba and the blockchain

Both Alibaba and its affiliate Ant Financial have an active involvement in the blockchain industry. Alibaba had vied in 2018 with IBM the top position on a list that ranked global entities by the number of their blockchain-related patents foiled to date.

For its part, Ant Financial is expected to launch an enterprise-focused “Ant Blockchain Open Alliance” platform this January. The platform will enable small-scale and micro-enterprises and developers to join the industry at a lower price.

Recently, it unveiled a blockchain-as-a-service platform after testing its first-ever blockchain remittances in the summer of 2018. That test was done using the company’s new blockchain-based electronic wallet cross border remittance service.

The Hurun report represents the extraordinary growth of the private sector in China. In that context, the top 10 private companies in the country now have a cumulative value of $1.8 trillion compared to $700 billion about five years ago and $215 billion a decade ago.

According to South China Morning Post (SCMP) notes, if Alibaba was ranked as an economic entity by the IMF, it would rank as 10th biggest GDP worldwide, overtaking Canada. After 40 years if liberalizing market reforms under the “Socialism with Chinese characteristics” banner, the private industry now provides half of China’s tax revenue. Moreover, it supplies up to 80% of the country’s jobs.

According to SCMP, the Chinese central government pledged to create a better environment to support private businesses in a 28-point plan that was released on December 22, 2019.

According to January 8 reports, China’s nationwide blockchain network dubbed the Blockchain-based Service Network is set for launch in April 2020. That duration is about half a year after it was rolled out for testing.

The creation of a government-backed digital currency at the People’s Bank of China is going on smoothly. That progress is published according to the latest updates from the central bank. Both projects are thriving due to the state’s commitment to blockchain development. In late October last year, President Xi Jinping endorsed blockchain at a Politburo Committee session.