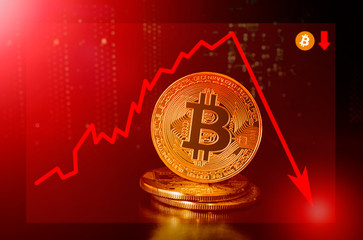 Bitcoin started the year on a high rising towards $8,500 after Iran attacked two US troop bases in Iraq. The upward trend had been strengthening as war of words ensued between the two countries. However, all that seems to be a thing of the past as bitcoin lost some of these gains.

The flagship token plunged below $8,000 overnight on January 8. The drop ended the small period of bullish action that had taken BTC price to its highest since November 2019.

According to previous reports, Bitcoin started gaining last week as the Iran-US issue escalated. That happened in spite of mixed opinions over whether geopolitical events were influencing the token. Analysts turned their attention to the possibility of Bitcoin sustaining the support near $8,000 or higher as the peak levels lasted only a few hours.

One analyst believes that the retracement appeared primed to bounce from the $7,900 level. These represent a gap in CME Bitcoin futures prices located around $7,960. That is something Bitcoin has previously tried to ‘fill’ on many occasions. He summarized in a Twitter post:

“This flip would be the best + closing the CME gap.”

He continued by stating that a potential bounce may send BTC/USD much higher than $8,500:

But, the potential for downside movement still exists with a retest of the recent lows of $6,400 possible. Meanwhile, the mood is steadily turning bullish in the long term outlook. A celebrated Bitcoin proponent, Murad Mahmudov, even turned to the Wyckoff Method this week to demonstrate Bitcoin’s strength in its current position.

Bitcoin has delivered what is somewhat a ‘sign of strength’ signal that may pave way for further upside.

The Altcoin markets showed significant sensitivity to Bitcoin’s latest losses. Most of the tokens in the top 20 shed up to 5%. Ether (ETH) lost 4% to trade at $138, while Chainlink (LINK) and Cardano (ADA) were hit more severely each losing almost 7% within 24 hours.

The general crypto market cap fell below $210 billion with Bitcoin’s dominance standing at 68.7%.