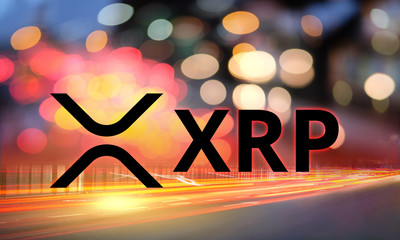 XRP performed dismally right to the close of 2019 compared to most of the other major altcoins. This development led to many commentators claiming that Ripple was behind it all. However, the CEO of the blockchain payment network, Ripple, responded. He said that the company is not planning to ‘dump’ its associated XRP crypto in spite of selling huge amounts of it in December.

On January 5, Brad Garlinghouse spoke in an interview with CNN. In that interview, he added new contention to the ongoing debate about Ripple’s relationship with XRP. The token has gained 10% in the last 24 hours.

“In the XRP community, Ripple is the largest owner, and the point I have made is we’re the most interested party in the success of the XRP ecosystem.”

On the topic of how Ripple succeeds in managing ownership Garlinghouse confirmed that his company owns a lot of XRP tokens. Thus, they are interested to see the token succeed. On the issue of dumping, he said that it is not in Ripple’s best interests to do it. He revealed that Ripple has gone ahead and locked up most of the XRP it owns in escrows to ensure that the executives cannot touch it.

These comments are contrary to Ripple’s market moves in 2019 and before. Previous reports revealed that the company has long been dumping XRP in bulk. Last year, Ripple sold more tokens than ever before. The company even released 1 billion XRP at the start of 2021 worth almost $200,000 from its escrow as part of its planned operation.

In December, XRP suffered more than two-year lows. It plunges below $0.20 and at some point, it was trading approximately 96% below its all-time high of $3.40. A recovery, including almost 10% gains in the past 24 hours, has seen XRP/USD get back above the $0.20 barrier.

Despite Ripple’s token share, Garlinghouse continued to surprise when he vigorously denied that the company could influence the XRP price. He loudly protested when asked about that possibility and likened the situation to major Bitcoin investors:

XRP Whales Would Have Restrictions ‘Hypothetically’

But, he explained that Ripple would never respond appropriately to other major investors owning a sizeable share of the XRP supply. In what seemed to be a wish to influence the market, Garlinghouse positioned Ripple as the surviving major token holder going forward. He stated:

“There are times when we work with institutional investors or might say, ‘Hey, we want to buy $10 million of XRP,’ and we would have lock-ups to prevent them from dumping on the market.”

In conclusion, he explained that such amounts of interventions were just ‘hypothetical’:

“We don’t want some other party buying a whole lot of XRP and dumping it on the market, and so we would hypothetically have restrictions about what they could sell and how often, and usually those are based on volume in the market.”

All eyes are now on Ripple seeking to see whether the dumping will continue.