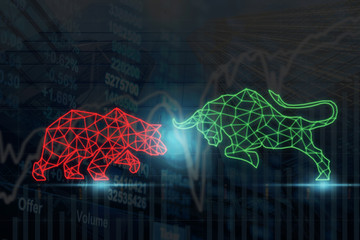 2020 has started with the vigor and energy that characterized the whole of 2019. As the year starts, it is a perfect  opportunity to look back at what cryptos have been up to in the past year. The prices of many tokens changed considerably. Last year started slowly but then it saw many of the major cryptos jump in value in the first half.

Some like Luna Coin (LUNA) grew by a staggering 48,900%. On the other side, Lumen (XLM) lost over 50% of its price value tumbling from the pedestal of cryptocurrency royalty. Dogecoin (DOGE) barely moved and it has entered 2021 at the same price as it was 12 months ago.

What Were The Leaders Up To?

The flagship token has gained 87% year-to-date. The biggest move happened over six months with BTC gaining 282% at the time. But on July 11, the token registered its biggest 24-hour drop which was around 10% of its value. That plunge lasted just several minutes after the US lawmakers criticized Facebook’s Libra project.

In the first half of 2019, the BTC price grew from $3,400 to around $13,000 reaching levels that it had not seen since January 2018. This surge by Bitcoin was followed by the combined growth of many other tokens that follow Bitcoin’s lead. But, the second half of 2019 was dominated by bearish moods.

The second-biggest crypto has lost 12% year-to-date. ETH had an interesting year finishing in the green by adding 139% in the first half of the year. But, the second half of the year started dismally with the token losing 36% over 10 days in July.

In 2019, ETH tripled in value in the first half of the year with the exchange rate reaching its peak with a 139% spike within six months. That brought back optimism in the battered crypto community.

2019 was a lucrative year for various crypto market participants. Luna Coin, Matic, and Chainlink ranked among the top gainers.

The LUNA charts are astounding resembling the cardiogram of someone who woke up from a long-term coma. After ‘sleeping’ for eight months, the coin exploded by 48,900% on August 19. That was the absolute daily growth record in the entire crypto market.

But, paradise never lasted for long with the token plunging back to its former performance levels a day later. Nonetheless, the coin managed to regain some ground by the end of the year. It is now on the list of the most profitable assets with year-to-date growth of 25,000%. The price of the token increased from $0.001 to $0.25.

This Ethereum-based token was also among the biggest gainers of 2019. It registered a year-to-date growth of 2,640% having got into 2019 with a price of $0.005. Currently, SEELE is valued at $0.137. Thus, investors are still in the profit zone in spite of the crypto market’s recent overall bearish trends.

This little-known Ethereum Meta came into the limelight on December 23 after gaining by 1,100% in just 48 hours. Strangely, the daily trading volume of this coin was just %87 at that time. After continuing to aim for the moon, the flight was cut short abruptly as ETHM dropped by 97% on December 25.

Since the start of 2021, the token has experienced great volatility. Analysts and commentators think that it hs undergone possible two pumps and dumps since the turn of the year. The founders of this project are yet to comment on the price fluctuations while its social network accounts have remained inactive for the past two months.

Thus, it may suggest that the token was intentionally pumped and dumped.

Matic aimed to attract investors by letting them deploy and run decentralized applications securely. This move made its token price to soar by 1,233% in May 2019. But, a 52% plunge within a week followed during the same month.

In late April 2019, Matic was listed by exchanges with its first trading price set at $0.003. Nonetheless, its value reached a peak price of $0.04 on May 21 translating to a ten-fold rise within a month.

The coin’s price started surging rapidly in mid-November setting an all-time high of $0.042 on December 8. But, the high levels were pulverized in a few hours with the asset’s price plummeting by 70%. The dip took it back to the levels that it had grazed on two weeks before.

Some of the market leaders like Changpeng Zhao, Binance CEO, defended the price movement of this project. But, Sandeep Nialwal, Matic’s operations director, termed that rapid depreciation of the asset as an ‘obvious manipulation.’ He promised to offer a detailed analysis of what had happened.

In spite of all these downturns, the altcoin is now almost four times more expensive than it was in its initial exchange offering. All early investors are still enjoying positive territory even though the token underwent a threefold drop in its price in mid-December. Its year-to-date price stands at +285%.

This token had an interesting 2019 making it into the list of top gainers in multiple weeks of the year. LINK enjoyed a 1,186% gain in value on June 29 and finished the year with a 459% gain. The many high-profile partnerships with big companies like Binance, Google, Aelf, and Oracle enabled the token to explode 10 times in value in the first half of the year.

On June 29, LINK broke a historic record by gaining 1,186% hours after Coinbase Pro confirmed its plans to list the token. The token eventually ended the year on a positive note.

Binance Coin is a utility token used for discounted trading fees on the Binance exchange. BNB gained 548% in value due to the platform’s popularity in the first half of 2019. It delivered a 122% gain in the entire year.  Since December, its price has surged to $38.48 and it simultaneously remains among the few cryptos whose investors remain in positive territory.

The positive returns realized last year can be attributed to the launch of the Binance DEX that hosted many successful IEOs and the evolution of BNB as an ecosystem. That major growth was also supported by a meticulously-built economic model that was deployed around the BNB coin. The model lets owners benefit from reduced exchange commissions.

The Celer network was another notable Initial Exchange Offering that was held on the Binance Launchpad. Even though it gained 214% within two weeks in May, early investors still suffered losses.

At first, the coin was sold at $0.007 but its value reached$0.03 at its peak. Nevertheless, by the end of the year, the token was valued at $0.0038 representing a loss of almost half its price since it was involved in the crowdsale.

2019 was a year of mixed reactions. In the same year that some cryptos were gaining massively, others were dropping. Here are the biggest disappointments for investors.

This token had earlier gained up to 800% but it turned in the opposite direction in May 2019. On May 1, BTT plunged from $0.02 to a mere $0.0006 in just 24 hours. Ever since that time, it has been decreasing steadily. But, Tron’s BitTorrent today ranks as one of the most successful IEO projects.

In spite of its sharp drop from its highs in H2 2019, the token is still worth double what it was during the crowdsale where it cost $0.00012.

All holders of BTG had a very nasty experience in 2019. The token lost 82% in the second half of the year dropping from $31 on June 25 to around $5.30 currently. The total annual loss was 605 which was catalyzed by the delisting of BTG from Bittrex and the total restriction on American citizens from holding the coin.

By October last year, the coin appeared to be a pump-and-dump scheme with the price surging and then plunging on multiple occasions. On October 14, ECOM adopted a bearish trend after its third pump and since then it has lost around 65% dropping from $0.07 to $0.024.

Lumen also made it to the list of major losers with a 63% year-to-date price drop. Notably, XLM dropped from $0.08 in November and it is trading at $0.044 currently.

ETH showed a notable sharp price reverse on July 8 when it lost 36% in 10 days. In that instance, ETH managed to pull a larger part of the altcoin market down with it.

This token experienced a 47% drop in 2019 and a 30% plunge in November. While continuing on its downward  trend, XRP registered a record for the number of transactions in early December. The total amount of transferred assets surpassed $1 billion on December 2 making analysts and commentators believe that Ripple was intentionally crashing the XRP price.