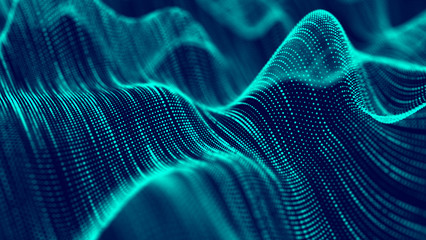 The nascent cryptocurrency world has experienced major growth and expansion in the past decade. 2019 was the highlight of that growth with the increased interest from global corporations and governments. The general crypto market recovered from the persistent bear market of 2018 when Bitcoin plunged to $3,800.

During that bear market, commentators painted a dark picture of the major downturn in the first half of 2019. This bear market was the longest ever seen in the crypto world so far and it was also the severest. While the crypto markets are struggling to gain back traction towards recovery, corporate together with central bank digital currencies have slowly become a center of attraction.

The blockchain industry has also experienced exponential growth in 2019. The technology became recognized by institutions and governments around the world terming it as a transformative technology. Blockchain adoption erupted to new highs as it continued to get new use cases.

Many blockchain-related developments came up including the UN-led International Organization for Migration unveiling a blockchain tool used to prevent the exploitation of all migrant workers. Also, President Xi Jinping of China gave a seminal public endorsement of blockchain in October 2019.

By the end of 2019, various industry leaders and major influencers gave their views of what they would wish to see in 2020 in the blockchain and crypto sectors. Here are some of their views:

Voorhes is the founder and CEO of ShapeShift which is a Swiss-based instant cryptocurrency exchange. According to him, he hopes that 2020 will bring a perception of crypto assets back to a balanced state. He explained:

“In 2017 every crypto in existence was worth a gazillion dollars (which was crazy), and in 2018/2019, there has been a similarly extremely pessimistic view (anything other than Bitcoin is worthless). Both extremes are misguided, so I would like to see the quality projects start to be differentiated more clearly from the garbage projects.”

The ShapeShift CEO has in the past said that the cycles of price bubbles are essential for the sector to thrive in the long term. In May last year, he said that for Bitcoin to join the trillion-dollar asset club:

“There have to be bubbles in crypto because crypto is taking over the world, and it’s not just going to advance 5% per month without end.”

The CEO and co-founder of Bitfury Group ranked as the biggest non-Chinese Bitcoin blockchain software development company hopes that more companies, people, and governments worldwide will choose to do good. According to Valery, people should do good driven by inner values that focus primarily on making the world more livable, trusted, and secure for everybody.

Bitfury confirmed its status as one of the best-performing fintech firms in 2019. It featured on the Forbes 2019 “Fintech 50” list. Also, it got regulatory approval for a Bitcoin mining fund for institutional investors.

Xpring is a Ripple initiative that incubates, invests, and provides various grants to tech startups. Ethan hopes that 2020 will bring more developers who will design and build on the XRP Ledger and Interledger Protocol. Xpring strives to make integrating money into applications that are easy for over 23million developers globally.

Additionally, Xpring will carry on making strategic partnerships in the global blockchain and crypto network while simultaneously pushing for updates to get implemented on their platform to support that vision further. He explained:

“I hope to see more financial institutions holding and trading digital assets in 2020, with at least half of the top 20 global banks leveraging digital assets in some form. My wish is that this trend will expand to other global markets outside the G20. I hope to witness a blockchain-based game launch in 2020, reaching broad adoption that lets users buy and sell virtual goods and capitalize on tokenized assets. Blockchain offers opportunities to reinvent the business model for games.”

In 2019, Xpring continues to invest majorly in blockchain-focused projects and companies. It also expanded its international presence through the acquisition of an Iceland-based crypto trading firm.

Block.one is an open-source software publisher which doubles up as the company behind the EOSIO network. While discussing the company’s vision for 2020 and the future, Larimer said that his primary focus is integrity. He believes that blockchain’s inherent qualities make it be used in the creation of integrity by design. He added:

“We want to partner and work with everyone in the ecosystem that is pushing forward technologies that facilitate integrity in society. Instead of ‘don’t be evil,’ we’re going to create systems where we CAN’T be evil. There is a lot of tribalism in the crypto space. Eventually, if blockchain wins, we all win.”

Alex is the founder and CEO of Celsius Network which operates as a decentralized lending and borrowing platform. He commented:

“I know our cryptocurrency community is not currently equally distributed and I would like to see more women join in to reach half of the community. I would also like for various projects to hit mass scale and deliver mass adoption.”

Mashinsky also believes that blockchain technology may help in the fight for the centralization of social media networks which he is convinced has resulted in the emergence of a lot of fake news. According to him, someday the whole Internet will change into an application on the blockchain.

Diogo is the president and co-founder of an institutional crypto custody provider known as Anchorage. Last year, the company raised $40 million from several high-profile investors and became the first qualified entity to support institutional custody for Telegram’s Gram token. Diogo is convinced that 2020 is the time for the maturing stable digital currencies to become usable and fungible money for people all over the world.

Up to today, there is no virtual currency that has become a medium of exchange for people to use in the same way that they use digital payments like Square Pay and Cash App. Thus, Anchorage sees a unique opportunity ahead.

Cheung is the head of operations at the Malta-based OKEx digital currency trading platform. He wishes for crypto exchanges to work together to ensure that they offer reliable services to the many underbanked and unbanked individuals around the world. He hopes to see a world where people are in full control of their financial assets without any intermediaries.

Cheung requests governments to understand the need of the blockchain community and work with them to support more innovation in the space. In 2019, OKEx announced that  it was engaged in several developments. The most notable among these developments was its establishment of a self-regulatory organization striving to standardize crypto exchange compliance policies and practices.

He is the founder and CEO of TemTum which is a scalable blockchain network that doubles up as a quantum-security cryptocurrency. He said:

“As we prepare to enter a new decade, my wish for the crypto space is that all projects work to achieve better resource efficiency, better security, and improved user experience so that everyone can reap the benefits of the economic freedom that comes with crypto.”

At the end of last year, Dennis stated that quantum supremacy has finally arrived adding that this year could be bigger in terms of the imminent prospect of quantum computing. He noted:

“If we start now on a security framework for quantum, we might just be able to maintain the integrity so vital to keeping the internet, cryptocurrencies and our other vital connected technologies working as they should.”

The co-founder Orbs also commented on what a perfect 2020 would look like for blockchain. Orbs is a public blockchain that is used for building apps and smart contracts. Last year, the company partnered with South Korea’s biggest online bookstore, Yes24. Additionally, it collaborated with Celsius and BitGo.

Tal hopes the industry would showcase multiple use-cases in production to help solve daily challenges. He hopes that blockchain will showcase its relevance in the 2020 US elections. He said:

“In November we were honored to be one of the few projects presenting to the Congressional Blockchain Caucus at the Blockchain on the Hill event organized by the Global Blockchain Business Council (GBBC). The event came at the request of members of Congress who wanted to hear about use-cases aside from cryptocurrencies and financials.”

The use-case that Orbs presented was a blockchain-based solution for digital content validation. This solution, if implemented properly can assist with copyright protection and fight fake content and fake users.

The president of Monarch Blockchain Corporation hopes that the US government will make clear regulations and accommodate the technology and its developers. The Corporation is a crypto company that is also the developer of the crypto payment solution called Monarch Wallet. Beadles went on:

“I wish for a 10 percent flat tax on all cryptocurrency uses and gains. And I wish for the Monarch Wallet to be the blockchain wallet for the world, used everywhere and by everyone.”

Monarch successfully launched a decentralized recurring crypto payments platform in 2019. Also, it partnered with Celsius Network aiming to help crypto holders get some interest in their assets through a ‘savings account’ feature introduced on Monarch’s platform.

This year has a lot lined up in store for the blockchain and crypto communities. Many now wonder; when will the People’s Bank of China introduce its national digital currency to the world? Will regulators around the world allow Facebook’s Libra stablecoin to launch? How will developers ensure that blockchain protocols are more interoperable and scalable?

All these issues and the imminent bitcoin halving event of May 2020 suggest that the year will be promising for the nascent industries. The blockchain industry will continue to grow as more inclusions and more use cases come up. 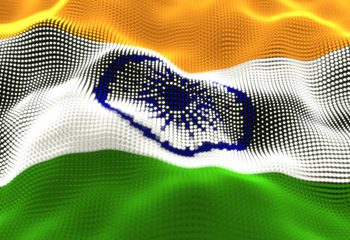