Is It Time For The Fed To Issue Digital Dollars? 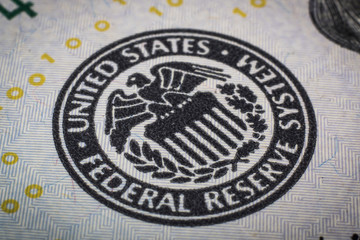 In the second half of 2019, several banks announced that they are considering to issue their centralized central bank digital currencies dubbed CBDC. In that context, Tunisia made the headlines while at the center of false reports related to the alleged imminent launch of its ‘e-Dinar.’ However, the acknowledged that it is studying the issue.

On the other hand, China’s central bank, PboC, seems to be on the verge of becoming the first central bank in the world to issue a CBDC. The People’s Bank of China refers to its token as Digital Currency Electronic Payment system. Thus, it seems like most of the central banks are now taking digital currencies quite seriously.

Although these central banks and their associates were excessively resistant to digital assets initially, it looks like they are changing their stance with mass crypto adoption growing throughout the world. Adoption by the public is gradually becoming more of an inevitability.

A few weeks ago, the US Federal Reserve Chairman Jerome Powell said that the Fed is relentlessly exploring the probability of issuing its local CBDC. But, the chairman did not endorse the creation of one. He added that the Fed has:

“not identified potential material benefits of general-purpose CBDC to the implementation of monetary policy relative to our existing tools.”

On the flip side, there are several good reasons why Mr. Powell should change his mind and create the groundwork for implementing a dollar CBDC quickly. Although he claims that the demand for cash in the United States remains ‘huge’ signs are clear that the country is heading towards becoming a cashless society.

Some of the most successful cashless countries include Sweden where just 13% of the people reported using cash for purchases in 2019. In the case of the US, the Federal Deposit Insurance Corporation reported that cash was used by 30% of the people in 2017.

While 70% of American adults said that they used cash for their daily needs, a MasterCard study discovered that more than 80% of the US consumer spending was cashless.

The idea of a cashless society raises many questions about the citizens’ access to the banking system. The citizens’ trust in the banking ecosystem has always depended on the accessibility and changing of their deposits into cash. Currently, their money is recorded on digital spreadsheets and databases.

In the context of a digital banking and monetary network without any cash equivalent, people may not have access to the last resort of public money. In the current society, that is called cash.

As cash slowly gets eliminated around the world with more people turning to digital payment methods, citizens need assured access to a form of public money. Other instruments will come up with informal uses of cash equivalents if no official form of this is offered. That, in turn, will affect the efficacy and efficiency of commerce and pricing.

It is not a secret that central banks are intimidated by cryptocurrencies. The intimidation arises from the fact that cryptos pose quite unacceptable threats to the banks’ franchise on money creation. Moreover, the banks are set to have more problems when several countries around the world decide to develop digital currencies, CBDCs, go cashless, and eventually internationalize their payment systems.

In the end, the cashless systems will penetrate other countries’ economies bringing the new currencies to international transactions. That process is referred to as “digital dollarization” or “digital yuan-ification.” A recent publication lays out the consequences of China implementing such a strategy:

“China could force other countries to similarly go digital. China could mandate payments from nations with Chinese power plants or other infrastructure improvements built under the ‘Belt and Road’ initiative be in the Chinese digital currency. Enormous companies doing business in China could be similarly forced to adopt.”

What remains clear currently is that the central banks throughout the world have to seriously consider the potential of cryptos. Cryptos can revolutionize payment systems as well as make a major transformative impact on monetary and financial systems. The banks would respond accordingly through the issuance of their local digital currencies.