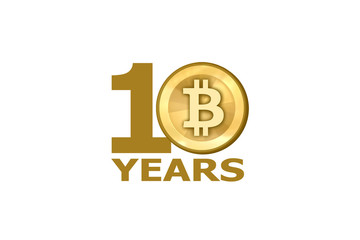 On January 2, Coinbase CEO Brian Armstrong shared his thoughts in a Medium post. In that post, he was commenting on how the cryptocurrency space has progressed in the past 10 years.

This post gained inspiration from Fred Wilson’s article on technology that highlighted various events over the past decade. Armstrong started with bitcoin noting that the flagship crypto has not failed once in its entire ten-year history. In spite of any skepticism leveled towards Bitcoin’s survival, the Binance CEO said that the virtual currency has thrived in the last decade:

“There were over 379 articles written, prematurely declaring the end of Bitcoin. Not only did Bitcoin survive, but it also thrived, becoming the top-performing asset of the decade. The naysayers were proved wrong and we learned an important lesson about human nature: most big breakthroughs are contrarian ideas that people dismiss and ridicule at the start.”

“The best hackers in the world were trying to break into crypto exchanges, and Mt. Gox along with many others had suffered breaches. Through a combination of luck and skill, Coinbase managed to weather the barrage of attacks, and created many novel methods of key storage which improved with every passing year.”

Since it was founded in 2012, Coinbase has grown to operate in at least 100 countries worldwide. Moreover, the company has also created core products to support crypto adoption and ease of use. Also, the company set up a Global Digital Asset Exchange (GDAX) meant for trading various cryptos.

Additionally, Coinbase offers an API for merchants and developers to create applications and accept payments in digital currencies. Armstrong pointed out that while technology debates are the norm, there is always a strong sense of emotion that is associated with digital currencies and blockchains. He added:

“I believe what made this more vitriolic than other technology debates I’ve seen (emacs vs vim, iOS vs Android, etc) is that once people own a particular coin they have an inherent conflict of interest and emotions take over.”

Though that might be the case, the Coinbase CEO pointed out that the existence of strong emotions has helped in the advancement of the blockchain and crypto space. That has resulted in multiple currencies and blockchains taking the lead.

Armstrong goes into much more details on his Medium post. Here are the takeaways:

With all these developments coming in, it appears that the crypto industry is set to have another great decade ahead.