Bitcoin Explodes Into 2020 With An All-Time High Hash Rate 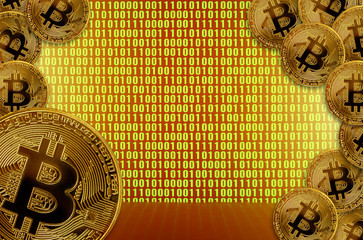 2020 is already promising to become a great year for bitcoin. With the imminent halving set to take place later in the year, the flagship crypto has already hit a new record with its network hash rate once more topping the previous all-time highs of 2019. Data coming from multiple monitoring resources like Blockchain and Coin Dance indicate that the hash rate was higher than ever before on January 1, 2020.

An accurate measure of the computing power that is devoted to authenticating the Bitcoin blockchain reveals that the hash rate spent a better part of 2019 in a constant growth cycle. The upward trend only leveled off for a short period in Q3 2019.

The strong hash rate indicates that Bitcoin is increasingly becoming an appealing proposition for miners. Reports suggest that more mining power results in better network security and robustness against any probable attacks. According to Blockchain, the rate surged to119 quintillion hashes per second (h/s) on Jan. 1.

On the other hand, the Coin Dance figures are different with around143 quintillion h/s recorded for the same date.

The reason for that data variation comes from the fact that it is impossible to measure the hash rate in real terms. Resources only can analyze recent network activity and from the data collected create an estimate of the expected hash rate.

In that context, what seemed to be an overnight 40% drop in hash rate in September 2019 was later attributed to the method used to calculate it. These records have further come independent of Bitcoin price action. In 2019, BTC price fluctuated between $3,100 and $13,800 but the hash rate trend kept rising.

Analysts and commentators like Max Keiser have also alleged that hash rate highs will eventually result in new Bitcoin price highs. Currently, Bitcoin is hovering around $7,100 down almost 3% over the three days that cover the hash rate record.