People Will Finally Shun Fiat For Crypto, But When and Where? 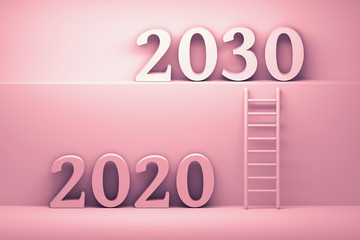 Ever since the inception of Bitcoin a decade ago, many keep wondering when digital currencies will eventually replace fiat. Some speculations have come up as it is evident from a recent Deutsche Bank “Imagine 2030” report. That report firmly puts a date on the eventual fiat-crypto “social consensus flip.

That report cites the Asian continent emphasizing on China that it says to have already recognized that trend. If that is the case, then everyone interested in the crypto space is eager to know when it will happen. Today’s landscape is a forecaster of the future.

Deutsche Bank has included central bank digital currencies (CBDCs) in its description of cryptos. CBDCs are worth keeping in mind while the results are discussed. The analysts behind this research have a positive belief stating that these moves toward centralized crypto solutions will replace fiat currencies.

The report concludes that a fiat–crypto flip is the next viable step to avoid falling behind the global economy. Although this concept is interesting, it comes with various flaws. Some of the challenges include the fact that government acceptance, global adoption, and massive leaps and bounds existing in cyber-security technology must occur to consider replacing fiat with decentralized and centralized crypto assets.

If any CBDC from a major economy becomes successful and the centralization strategy is implemented by many other countries, most traders and investors will probably start to look in its direction. All that movement will rapidly affect the blockchain sector although it may not drive mass adoption in the direction of decentralized currencies.

After the Chinese President Xi Jinping’s announcement about the government’s interest in blockchain, the country has made significant developments in that direction. China is striving to implement feasible plans that guarantee individuals and businesses can make national and international transactions while using the nascent technology.

But, this idea does not encourage Chinese crypto enthusiasts to invest more in cryptos with an immutable ledger. On the contrary, it aims to replicate a more centralized focus taken by the People’s Bank of China, or PBoC. The bank plans to unleash the world’s first state cryptocurrency.

The plan started years ago and PBoC has finished the prototype as confirmed by local officials. This project’s development pace can increase with the government’s support scaling the creation and testing of the CBDC to become a part of the closed Chinese system. The CEO of Bitmonex LLC, Gantig Bayarmagnai, commented on the future of the Chinese Yuan and possibilities of the expected social consensus flip:

“With the Chinese government taking the initiative by introducing their crypto Yuan early 202, we will most probably see other countries following suit. Countries like China, South Korea, and Japan will most likely see a quick transition to a crypto-based payment system because of their existing infrastructures and developed culture in accepting digital payments as the norm, as opposed to using cash for payments. It also provides the government with full autonomy in monitoring all transactions with ease.”

Although hiccups may arise from the use of centralized currencies, the number of probable financial transactions that may be completed through changing the Chinese economy to the blockchain is strong. That could be the case with the 775 million employed persons in the country.

Why Is Government Considering Centralized Technology?

The director of Blockchain Smart Solutions, Aamir Sohail, commented on the future of CBDC:

“Central bank tokens have a potential for mass adoption if done right. Driving the right balance between decentralization and inflationary measures is pivotal for central banks. These stable cryptocurrencies and central bank tokens may exist with fiat by 2030 but I do not think these will completely replace fiat but may coexist.”

Instead of letting the natural progression of decentralized currencies, centralized currencies supported on the blockchain are being considered as acceptable options for mass adoption. This small step carries huge risks. The warning signs for the future of these cryptos are evident. Mu Changchun, the PBoC deputy director, highlighted these risks while speaking at the China Finance 40 forum.

Changchun said that the new state currency set to be launched in 2021 would be operated in a two-tier system. PBoC is perched on top of this system while commercial banks are allowed in the second tier of the centralized system. This supports the full power of currency manipulation between the banks and the government overseeing it all.

The co-founder of Evercoin, Miko Matsumura, said that considering the power that the People’s Bank of China has, the report estimate is accurate. He is also convinced that the phenomenon will happen in almost half of all the countries in the world by 2025. He added:

Today, the Chinese government can monitor all transactions together with the assets owned by individuals. That resembles what their CBDC would be capable of doing. That is still not what happens in the decentralized systems where all transactions happen in the public ledger while remaining anonymous.

Some analysts think that Facebook’s Libra is the source of motivation for the increasing pace of China’s blockchain development. Libra is centralized via the wallet function and according to Mark Zuckerberg, the value exists in the Know Your Customer data.

The Chinese government probably sees the value of knowing and controlling valuable transaction data that can now include the financial flows for the general population. In that context, Anthony Pompliano, entrepreneur and managing partner at Morgan Creek Capital, exclusively said:

“The choice currency of drug dealers, money launderers, and terrorists is still cash.”

Putting all that in mind, how virtual currencies are classified will require to be more defined as more CBDCs come into the picture since they are still centralized and fiat just on the blockchain.

What needs to happen theoretically for China’s CBDC to take over from the Yuan and become the national fiat?

Thus, the government must get rid of the Yuan and provide citizens with access to the resources necessary for using the new digital currency. Hence, by finally onboarding their citizens, the blockchain would, in turn, gain billions of users.

According to Alon Goren, Draper Goren Holm’s founding partner, central bank coins are counted in the Deutsche Bank 2021 prediction. Thus, he is convinced that the fiat–crypto social consensus flip will eventually happen. In the same way, those huge financial institutions are experimenting with digitizing securities and developing their local coins and tokens. He added:

“I think progressive governments will start doing that more and more. It’s a natural progression for everything to be digitized and I think that the cat is now out of the bag and they will have to create their own tokens to (try and) retain control of financial systems.”

Consumer solutions like Element Zero Network and enterprise solutions like XRP act as the middle ground between currencies at little cost without spreads as opposed to the current forex trading model.

In that context, the head of institutional sales at DrawBridge Lending, Michael Creadon, thinks that decentralization is important but it has its limits. He said that if one wants to transact in Bitcoin in the US, they must deal with many governmental agencies and regulators. He added:

“This is not a good thing or a bad thing. It’s the reality. You can see the pendulum swinging back away from decentralization towards centralization at a blinding speed. Look at Libra; how’s decentralization working for them? But like anything, the answer is probably closer to the middle.”

Besides this, the CBDC is not designed to be a quiet coin as PBoC’s director asserted. It is expected that in the years to come it will fully substitute fiat. PBoC never said that it would ban other cryptos from operating in the country once its CBDC is launched. 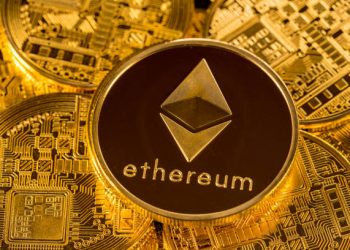 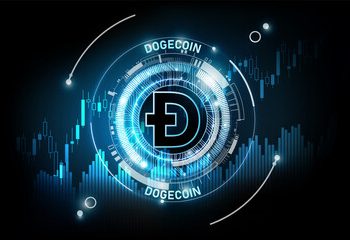