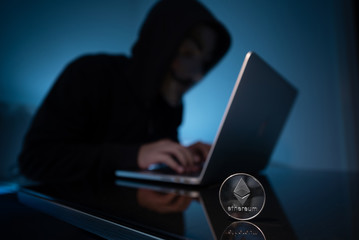 After the bears attacking the markets earlier in the week, a correction has since ensued taking BTC back above $7,000. While the altcoin market followed bitcoin’s lead, Ether faced fresh selling pressure on December 19. The latest reports revealed a giant transaction that is allegedly associated with the PlusToken Ponzi scheme. That transaction worried the traders resulting in increased selling pressure.

Data from Whale Alert revealed a single movement of 789,525 ETH ($105.1 million). The tokens were moved between a known PlusToken wallet and a mysterious recipient. That transaction happened early on December 19.

PlusToken had hit a high near $350 before crashing. In the process, it earned the villainous title of ranking as the largest Ponzi scheme globally. While it was still operational, its Chinese owners got around $3 billion in Bitcoin and ETH from unsuspecting investors buying the PlusToken coins.

In spite of multiple arrests, later events have revealed that a few individuals still access the scheme’s wallets. Alex Krueger warned the consequences for the Ether price could be quite severe putting the latest ETH move into context.

According to previous reports, suspicions had already emerged about PlusToken’s impact on Bitcoin. Research firm Chainalysis suggested in its November 2019 report that scammers could be using over-the-counter (OTC) off-ramps to sell bitcoin in large quantities. That might be the reason why BTC lost a bit of its value.

Particularly, they focused on Huobi exchange’s OTC offering as a probable haven for illegal transactions. The report read:

“Unfortunately, because it’s not possible to distinguish between trades made by OTC brokers in possession of PlusToken funds and all other trades made on Huobi, we cannot say for sure that PlusToken cash-outs caused Bitcoin’s price to drop.”

Chainalysis concluded by saying that the cash-outs could be responsible for the increased volatility in Bitcoin’s price. Interestingly, the cash-outs correlate considerably with the Bitcoin price drops.

A representative of Huobi said that the exchange is currently examining the prevailing situation.

Evidently, both ETH/USD and BTC/USD have plunged considerably in recent weeks. But, Ether is facing additional challenges as slow progress coupled with controversial decisions by Ethereum developers take a major toll on sentiment.

Earlier this week, critics and naysayers came out strongly against a decision to initiate a second hard fork on Ethereum in less than a month. They said that such a move can disillusion nodes that can easily get jettisoned from the network. Udi Wertheimer, a pro-Bitcoin commentator, commented:

“When your ‘decentralized’ network moves to a non-emergency schedule of one hard-fork every 3 weeks, you’ve reached the absurd. You jumped the shark. There’s really no excuse to this and people should be talking about it.”

Will ETH survive through these turbulent times or will it plunge further towards $110. Only time will tell.