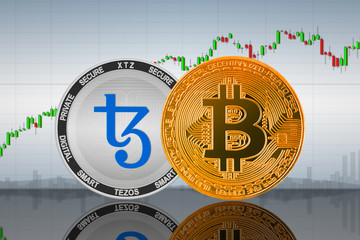 Tezos seems to be the only crypto that is hovering in green among the top 10. The losses that broke into the market on December 16 saw Bitcoin plunge below $7,000 and test the $6,800 support. Ethereum and Ripple also succumbed to the bearish wave heading to $130 and beneath $0.20, respectively.

The rest of the top ten tokens lost between 2% and 8%. On the other hand, XTZ is continuously rising and it is nurturing its uptrend despite losses affecting the general market. Its recent rally saw the token dismantle several resistances including $1.6 and $1.8. It peaked at $1.8476 before giving way to selling activity that was triggered by BTC’s plummet below $7,000 on Monday.

While most tokens are following bitcoin’s lead, Tezos is mostly unbothered and has formed strong support at $1.6 for the short term. Recovery came in almost instantly pulling the token back up and it is currently trading around $1.71. Although the upward price action has slowed down, XTZ seems to be consolidating gains above $1.70.

Supporting the immediate downside is the support at the 100 SMA on the 1-hour chart. Other notable supports include the 50 SMA and the recent support that formed at $1.6. Technical indicators are still positive with the Stochastic RSI is holding ground slightly above 70. If this technical picture persists, XTZ may resume the uptrend targeting $2.0. 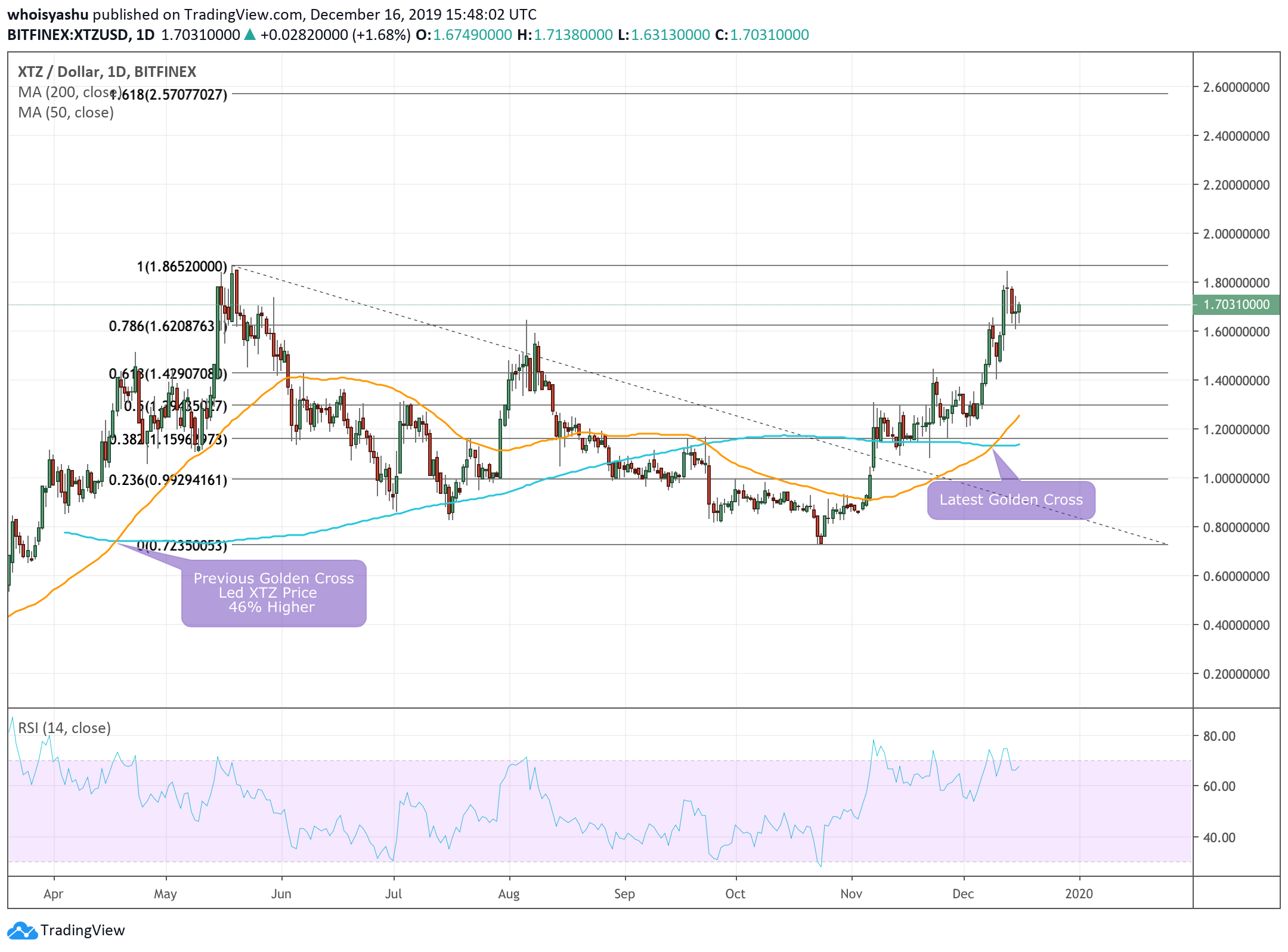 There is a string of positive developments that have strengthened the Tezos’ long term bias among the investors. The token’s moves in the last 7 days saw it retest its YTD high of $1.86. Previously, XTZ had already formed a Golden Cross that is considered to be a bullish indicator. The daily charts show that the crypto has some fuel left to continue with its parabolic bull run.

Why is Tezos Conquering Bitcoin?

‘Hype’ is regarded as one of the most influential factors behind a crypto’s attractive price move. After Bitcoin had dropped to almost $3,100 in December 2018, it rose by around 350%. Part of the token’s huge gains came in the wake of the safe-haven narrative. Mainstream media indicated that major investors regarded BTC as a hedge against an escalating US-China trade war and deteriorating Yuan.

The flagship crypto also came into focus in June after Facebook unveiled its Libra project’s white paper. In the same month, the bitcoin-to-dollar exchange rate surged towards $14,000. On the contrary, almost all the altcoins seemed to be less attractive. For example, XTZ lost over 70% against bitcoin in the second quarter.

Nonetheless, the situation flipped in the third quarter. Facebook’s agenda of launching a private crypto to settle global payments faced major opposition from lawmakers and regulators. In the end, investors who had anticipated that the social media giant would drive crypto adoption started abandoning their bitcoin positions.

The sentiment caused the asset’s price to plunge significantly in the third quarter. Around that same time, the Tezos Foundation began entering new partnerships with reputable crypto firms. For instance, the nonprofit agreed to tokenize up to $643 million worth of real estate property in the United Kingdom on behalf of Overstock’s tZERO security token platform.

The first offering is scheduled for Q1 2020. At that time, tZERO will issue security tokens that will account for £20 million in the equity of a water-front development. Additionally, it lured Kraken, Coinbase, and Binance crypto exchanges into providing XTZ staking services to their hundreds of thousands of users.

In general, Tezos is steadily creating a formidable reputation as the best and most functional alternative application to Ethereum. Will XTZ continue rising or will the bears maul the bulls in this market? Only time will tell.