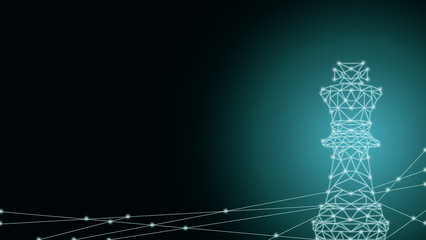 Advanced Micro Devices (AMD), a US transnational IT firm, has now joined the Blockchain Game Alliance. The two entities forged two new partnerships to assist in the advancement of the technology’s use in the industry.

According to a December 12 press release, the chip manufacturing  company plans to partner with blockchain technology providers Robot Cache and ULTRA. Both of these providers are working constantly to develop, manage, and operate blockchain-based online gaming marketplaces. All these marketplaces strive to establish new and secure purchase options and distribution channels for game users and publishers.

The Blockchain Game Alliance (BGA) is a renowned organization that is committed to the adoption and utilization of blockchain technologies in gaming. It does that through promoting the development of common standards, facilitating and supporting networking and knowledge-sharing. It also encourages cooperation and implementation of best practices.

Allegedly, AMD is the first major hardware manufacturer that has taken the bold step of joining the Alliance. The Alliance counts veteran blockchain game developer EverdreamSoft and Enjin token creator Fig as members.

Both of the marketplaces will integrate AMD’s graphics cards and processor technology according to the press release. This integration will come in handy for various purposes like their blockchain infrastructure and back-end servers. AMD’s Radeon graphics cards and Ryzen processors have purportedly been designed to offer optical cryptographic compute performance.

AMD firmly states that its GPU and CPU technology will successfully serve as a powerful motor for computer-intensive gaming and blockchain workloads. The hardware manufacturer is also set to offer robust security protection that will assist in the heavy protection of digital content from different online attack vectors.

AMD outstripped market expectations earlier in 2019. According to the then reports, the firm registered considerable gross margin expansions as its datacenter GPU revenue and Ryzen and EPYC processor more than doubled year-over-year.

Gaming as a gateway to blockchain

Beyond initiatives like the Blockchain Game Alliance, other major names in the gaming world have tested and entered into various licensing agreements with new blockchain ventures in the sphere. Some of the most notable names include Tetris and Pac Man developer Atari. This developer signed contracts with the Animoca Brands blockchain gaming startup.

Atari saw its share price explode by more than 60% in February 2018 after announcing that it would soon start investing in cryptocurrency. World-famous racing series Formula 1 also went on to give its brand power to Animoca through a global licensing agreement in March 2019. That agreement paved the way for the creation of the blockchain-based F1 Delta Time Game.

In November 2019, the F1 Delta Time hosted an auction of many digital collectibles. These collectibles included F1 car-branded non-fungible tokens (NFTs) with each of them starting at 30 ETH.

Vitalik Buterin, the Ethereum co-founder, has in the past made the a serious case. He stated that developments like NFTs and gaming are major potential areas. These areas can assist in the mass adoption of blockchain technology. Through these conduits, blockchain can appeal beyond financial applications.