We are Not Developing New Digital Currency, MUFG Bank Says 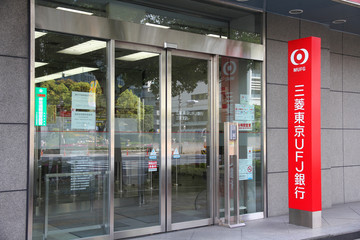 MUFG is the biggest bank operating in Japan and it is also the fifth-biggest bank worldwide. According to the latest reports, the bank has denied that it aims to launch its digital currency in Japan in 2020.

In a December 4 statement, MUFG (Mitsubishi UFJ Financial Group Bank) stated that it had not decided whether a recent business partnership would eventually form a digital currency entity.

In the past, different local English-language media outlets like Japan Times had reported that MUFG aimed to publish a release date in the first half of 2020 for an unnamed digital currency. The statement read:

“These reports are not based on any announcement made by MUFG Bank. It is true that we have concluded the joint venture agreement for an establishment of a new company. No other decision has been made in this regard at this time.”

That offering would allegedly let the users make payments through a smartphone using QR codes, with the crypto account linked to a bank account. Japan Times cited ‘informed sources’ saying that MUFG would own a minority stake in the company behind the new token. 51% may be owned by its partner by the name Recruit Holdings which is a human resources services provider.

An increasing number of banks are trying to front-run demand for such payments with various schemes like Mizuho Bank’s J-Coin Pay getting significant attention locally. Such an investment would not be MUGF’s first entry into the digital currency scene. According to reports back in 2018, the bank unleashed a local digital currency project known as MUFG Coin.

In February 2019, there was a separate partnership with Akamai content delivery network. That partnership aimed to introduce a blockchain payment network known as Global Open Network scheduled for the first half of 2020.