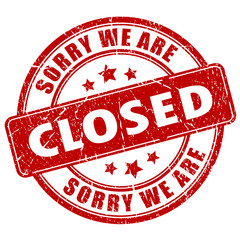 The return of the bears into the crypto market is gradually taking a toll on most stakeholders. Initially, crypto miners started dropping out citing losses or unsustainable activities. Now, the larger players are feeling the heat. CryptoBridge, a decentralized crypto exchange, has announced that it is closing down. The closure message was published on its website.

In the announcement in question, the exchange has warned users that all of its services and servers will terminate on December 15. Users can withdraw their funds from the exchange until the last day of its operation. However, depositing will not be allowed after December 3. The announcement states:

“Please note that user verification is required by EU law for all withdrawals. We highly recommend that you start the process as early as possible as verification can take a few days.”

Scammers Are Having A Field Day

The company has comprehensively cited market conditions, lack of funds and increasingly strict regulation as primary reasons for its decision. CryptoBridge has decided to shut down and will not pursue any further development.

Users who are visiting the official Twitter profile of this crypto exchange are served with a “that page doesn’t exist” warning. Nevertheless, a new CryptoBridgeEU account went live earlier on December 2. That account has since spread messages contradicting with the announcement that appears on the platform’s official website. That unscrupulous account alleges that the shutdown of the platform is only temporary, adding:

“I’m proud to announce CryptoBridge’s termination is not the end! We will be moving our headquarters to Denmark! We will have a new site up and running so stay tuned!”

The official website has put up an update that confirms the new profile is a scam:

“Our social media channels are closed; all accounts on Twitter that are pretending to be representing CryptoBridge are fake. We are not planning a comeback at the moment.”

Vicious Competition in the DEX Space

The competition in the decentralized crypto exchange (DEX) space is rapidly becoming fierce. In that context, the Binance crypto exchange launched one in April 2019. On the other hand, its major competitor Poloniex purchased Tron-based DEX at the end of November.