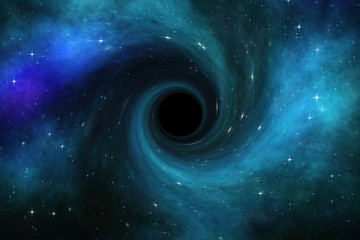 A lot is happening in the bitcoin markets. As the general crypto industry strives and develops aiming to join the mainstream global economic arena, many hiccups keep arising. The price of bitcoin is considerably volatile which may be keeping institutional investors at bay.

In that context, Andreas Antonopoulos, a bitcoin educator thinks that while futures markets seem to place a huge weight on BTC price, the stakes are quite different from what many may think. Speaking in an interview with YouTuber “Ivan on Tech” on November 27, Antonopoulos firmly argued against the grain of commonplace fears.

Though there may be a significant price impact that ‘Bitcoin futures’ trading has on spot prices, the speculators and not the HODLERS should have a lot to fear.

There Is No Conspiracy

Since December 2017, the cash-settled Bitcoin futures have been trading on both the Chicago Board of Exchange (CBOE) and the Chicago Mercantile Exchange (CME). Since they started trading, they have constantly drawn suspicion from analysts and traders with most people saying that Bitcoin’s price is vulnerable to manipulation in the case of contract settlements.

At the start of the discussion, Antonopoulos somewhat conceded these fears to be likely true:

“We know for a fact that when the Bitcoin bubble started to rise quite fast in 2017, the U.S. Treasury decided to fast-track the deployments of futures markets to stop that bubble. A lot of people see that as conspiracy, but if you look at the mandate of institutions like the Treasury, that’s actually their job.”

He claimed that price suppression is not a conspiracy issue since it is a market-based approach. This approach lets those who are not confident about cryptocurrencies to adopt contrarian positions by shoring. That has in the past dampened the BTC price but it has also reduced volatility.

Any market that has just positive believers or those willing to hold the coin, in the case of Bitcoin, makes it very one-sided and boring. Antonopoulos noted that such a market is not one that enjoys full liquidity on both sides of the order board. Interestingly, the naysayers and critics who had once complained of high volatility are now decrying futures “manipulation.”

Antonopoulos said that the Bitcoin futures critics frequently ignore the actual stakes of cash-settled crypto shorting. There is something quite precarious about executing cash-settled naked shorts against a cryptocurrency. Whenever an investor borrows Bitcoin as part of a short, their liability and potential risk are unlimited. He said:

“If they [institutional investors] faced a situation of a renewed Bitcoin bubble and they continued to take a contrarian position against the market, they’d be throwing fiat into a black hole.”

Even this pioneering product was the first to give the ‘futures’ traders extensive and direct exposure to the underlying cryptocurrency.