The Upbit Crypto Exchange Hack Came From Within, Analyst Says 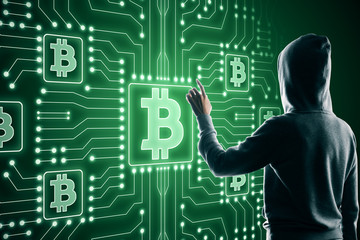 Bitcoin received a beating after reports of a possible hack emerged from the major South Korean crypto exchange Upbit. Later, Upbit released a statement confirming that 342,000 Ether (ETH) valued at $50 million was stolen from the platform. After that event, various commentators now believe that the hack was an inside job.

One contributor tweeted on November 27:

“The ‘hacker’ timed when UPbit was making crypto transfers to its cold wallet (other altcoins like TRON, etc.). Hence, I think the probability of it being an inside job is higher than external breach.”

The Hacker’s Timing Was Perfect

According to previous highlights on this developing matter, the incident was confirmed in an official statement that read:

In its statement, Upbit insisted that it believes that the 342,000 ETH-transaction is the only strange transaction on the ledger. The statement was made taking into context the number of many other large-scale transfers that the exchange said were related to its moving assets between hot and cold storage wallets.

According to the data published by Whale Alert large-scale crypto transaction tracker, the ‘abnormal’ 342,000 ETH transaction was followed by several other major transfers of BitTorrent (BTT) and Tron (TRX) tokens. While the TRX, ETH, and BTT transactions ended in an unknown wallet, the Stellar (XLM), OMG and EOS transfers that followed originated from Upbit and ended at crypto exchange Bittrex. 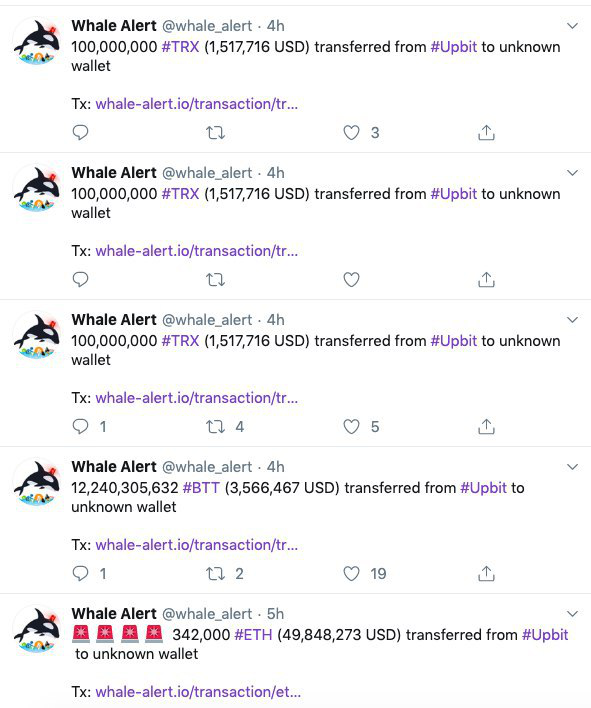 Taking Upbit’s statement on cold storage into account, commentators believe that an exchange employee took advantage of the timing of these storage routine transfers to perpetrate that theft. Upbit has committed itself to cover all user assets with corporate funds after the incident. Executives say that exchange deposits and withdrawals will take up to two weeks before full resumption.

Crypto markets have reacted to news of the incident for several hours. Bitcoin fell below $7,000 once more in a fragile market climate but has since bounced back to trade above $7,200 currently.

Changpeng Zhao, the Binance CEO, has tweeted confirming that the exchange will:

“Work with Upbit and other industry players to ensure any hacked funds that may make their way to Binance are immediately frozen.”

In a similar incident, there was a theft of 14 billion won ($13 million) in crypto from Bithumb. In that incident, the executives believed that it was an inside job.